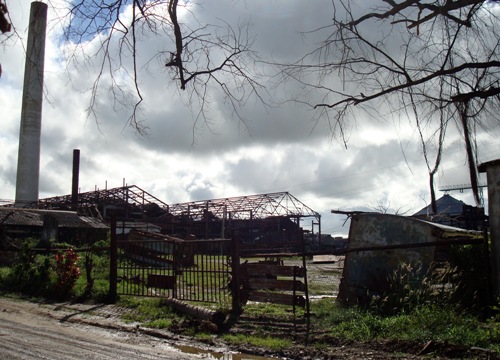 In the struggle for land ownership and against eviction in Cuba, many farmers and farm workers lost their lives. Among them is Niceto Perez, who was killed May 17, 1946. In tribute to him and the rest of the martyrs of the field that day, the Law of Agrarian Reform was promulgated in 1959 and the National Association of Small Farmers (ANAP) founded in 1961. A brief look back to such a vital issue in our history can form an idea about the achievements and what we are still waiting for in this area.

The diversification of agricultural property in the sixteenth century began with the delivery of circular farms for raising livestock to Spanish settlers in Cuba. Later, in the spaces between haciendas–unowned land–other farmers were allowed to farm, but the royal decree issued in 1819 to identify the rightful owners did not recognize the latter. For this reason about 10 thousand families were robbed of the land they worked. Subsequently many farmers were displaced by the advance of the sugar industry, with orders No. 34 and 62 issued in 1902 by the government auditor, by which the railroad companies and U.S. investors could acquire land. From this process emerged the modern estates with over half of the country’s land in the hands of national and foreign companies.

The discontent of the peasants had begun in 1717, the year that about 500 armed planters staged a protest against the tobacco monopoly which set the price and quantity and prohibited the sale of the surplus, similar to the current Empresa de Acopio. Those protests were repeated until 1723, when the growers of Santiago de las Vegas were hanged; later farmers were involved in the independence struggles of the nineteenth century. They developed, in parallel, associations to defend their interests. In 1890 they founded the Association of Settlers in the areas of Manzanillo and Bayamo, and in 1913 the Farmers’ Association of the Island of Cuba. Beginning in 1930 they began a broad struggle against eviction and for better markets, prices, credits and rent rebates.

Under the guidance of the Communist Party in October 1937, the First National Farmer’s Congress was held and they created committees, unions and peasant associations in the six provinces, some of whose demands were endorsed in the 1940 Constitution. The Second National Peasant Congress in 1941 created the National Peasant Association (NCA), and likewise, but under the direction of the Authentic Party, was founded the Peasant Confederation of Cuba (CCC). During the government of Fulgencio Batista, between 1940 and 1944, families settled on lands abandoned by the state and landowners. One such case took place in the hacienda Uvita, Sierra Maestra, with over thirty-three thousand acres. However, each settled family was only given “five hens and a rooster, a plow, a machete and a few dollars,” similar to the current distribution of land in usufruct by Decree-Law 259. Despite these efforts, in 1944 54% of the land was concentrated in large estates, while many peasants continued to live in poverty.

In his brief “History Will Absolve Me,” Dr. Fidel Castro proposed to grant land to all tenant farmers, subtenants, sharecroppers and squatters who occupied plots of up to 165 acres. Accordingly, the October 10, 1958, the Commander of the Rebel Army, Law 3, arranged to transfer land ownership to the occupying lots of less than 165 acres and on 17 May 1959 he signed the Agrarian Reform Act, which limited large estates to just under 1,000 acres and gave titles to a hundred thousand families, who could get 66 acres without payment and purchase additional lots to complete 165 acres. With this Act, the State concentrated in its hands, 40.2% of the country’s arable land.

The Second Law, issued on October 3, 1963, lowered the maximum of 165 acres with 100,000 other properties turned over to the State, increasing its properties up to 70% of arable land, accounting for volume higher than all prior estates. Then in the ‘70’s, with the intent to further reduce private property, they insisted on the socialization of farms that had been in private hands. As a result of this effort, the number of Agricultural Production Cooperatives increased from 136 in 1977 to 1,369 in 1986, 64% of private lands, a process in which the ANAP had to intervene directly in order to convince farmers to join their farms and work together collectively. Currently non-state land is about a quarter of the arable land, with more than half in tobacco, corn, beans, cocoa, coffee and vegetables that are grown in Cuba.

Army General Raul Castro, in his speech on July 26, 2007 in Camaguey, explained the need to produce in Cuba–where surplus land and rainfall of the last two years had been generous–the food the State was buying abroad at high prices. That is, he took up the unresolved issue of the inefficiency of state agriculture, of which sugar is a paradigmatic case, since the island had emerged from the eighteenth century as the world’s largest sugar producer. However, two centuries later, when the entire industry and agriculture are almost all in state hands, it has fallen from 8.5 million tons produced in 1970 to 1.2 million in the 2010-2011 harvest. A result similar to the early years of last century and without any correspondence to the thousands of professionals, academia and research, machinery, irrigation systems and technology now existing.

In the Guidelines of the Economic and Social Policy of the Party and the Revolution, adopted recently, it was confirmed: that the socialist planning system will remain the principal means to address the economy, the socialist state enterprise is the main form, and encouraging the participation of foreign capital will continue. However, it turns out that the system of socialist planning, the state-owned monopoly and granting rights to foreign businessmen that are refused to Cubans, are among the main causes of the current crisis. Three aspects sufficient to lead to new failures.

For the foregoing reasons, the Cuban Government should amend Decree-Law 259 to transfer ownership to the peasants of the land which the State is unable to make productive, and increase the limit from 100 to 165 acres, consistent with the farmers’ struggles and in memory of Niceto Perez, and of the previous laws and the needs of the country.