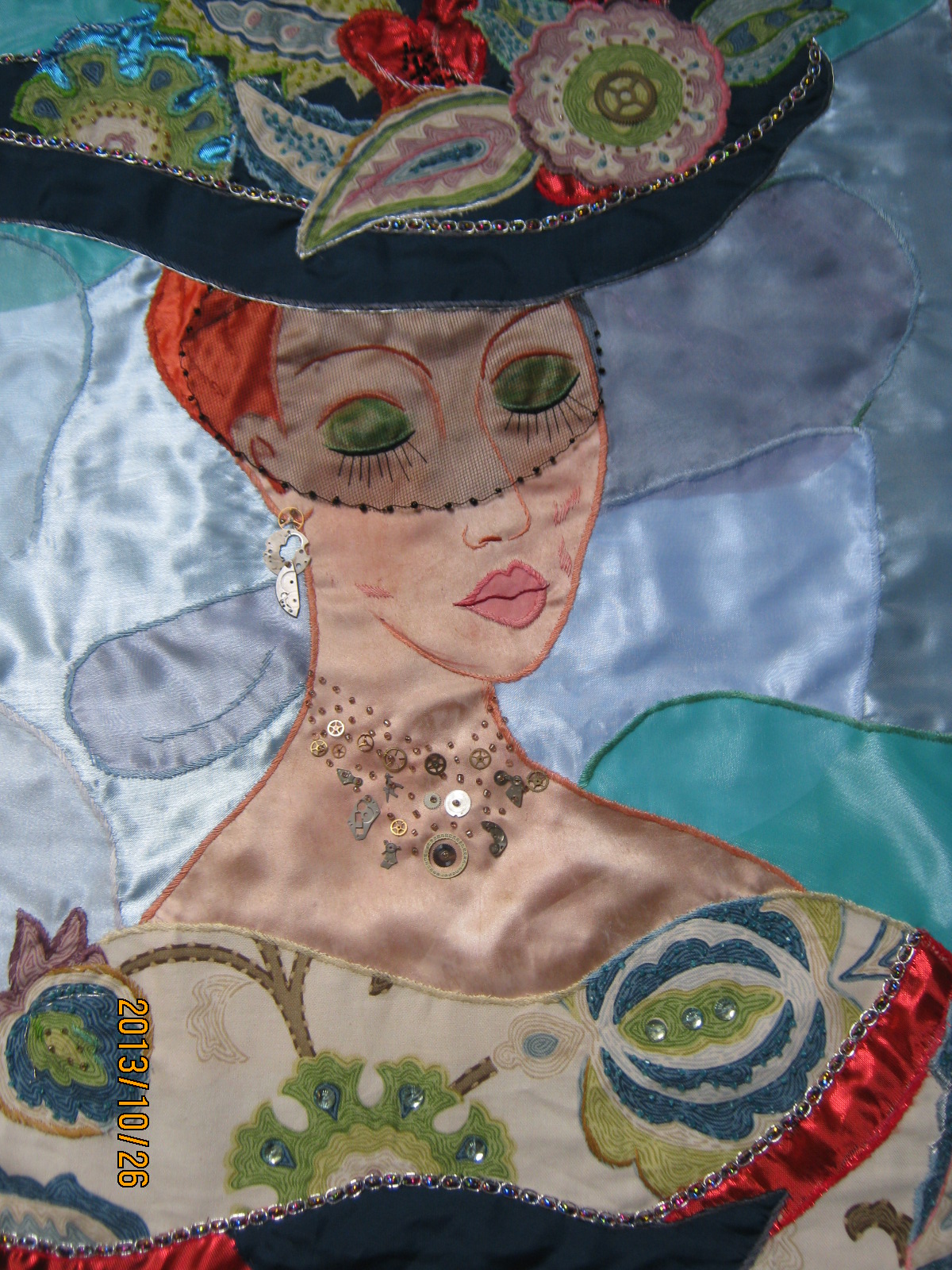 Yesterday, November 1, in the afternoon hours, once again we crossedthe now familiar threshold at Estado de SATS.  In this opportunity, I was the guest of honor, with an exposition of my art in patchwork titled “Women,” dedicated to a gender I belong to and of which I feel proud of, because each day we manage, despite the shortages and inconveniences, to integrate ourselves more into society, sharing and competing side by side, fair and square with many men, without neglecting those tasks that, as mothers, wives and daughters, ancestrally, were “assigned” to us.

I was moved by the beautiful opening words about my trajectory, spoken by my good friend Regina Coyula, but even more was the satisfaction of my friends’ presence, that despite of having work and professional relationships with the only employer of our country, had the courage of ignoring the operation orchestrated by State Security, now so habitual, and came closer, for the first time to this emblematic and “stigmatized” place.

I noticed and missed the presence of some friends that I thought would be there, above all women, the gender to which this exposition was dedicated; some were sick and some had last minute incidents, which sadly must have pleased the “comrades that were taking care of us.”  However, the exposition met its objective, and we showed once more that Estado de SATS is an inclusive place, where arts and thoughts converge, and where the common denominator is the aspiration that Cuba be again a free and democratic country, with all and for the well being of all, as our Apostle Jose Marti would have wished.

My most sincere gratitude to Estado de SATS, the organizers of this beautiful event and to all that came to provide me their support.