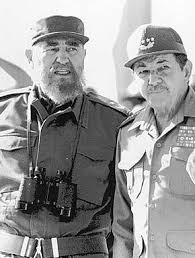 The issue is not just about winning the argument with the United States. It’s also about a legacy created 55 years ago. Of what use to us are their perspectives, when ambitions fade with the passage of time”

The leaders of Cuba are well past working age. Small changes occur at the hands of his brother, Raúl Castro, another long-lived individual who has lived his life and realized the goals he set for himself. What are his ambitions today?

The Cuban desires progress and is at the mercy of old men. Are they perhaps different from others of their age group? As far as I know, an old man does not have the same drive as a young person who is just beginning to face the challenges of the future.

We are held captive by the arbitrariness of a bunch of geezers…grandfathers once restless in their youth, who now penalize behavior such as they once exhibited…backed up by a poorly-told history that makes heroes out of many, mercenaries out of others, and of those who were not part of their elite group, not even in the shadows are they mentioned. These were members of their beloved and novel revolution.

Their rhetoric is one of equality, yet those who surround them enjoy a level of prestige difficult to achieve. They play at showing solidarity with other peoples, while they trample on their own citizens…self-elected, with no regard for the wishes of their constituents…identified with power, owners of the Island, governing with an ideology that only they believe in…but supported by fellow-travellers, else they would not still be there. 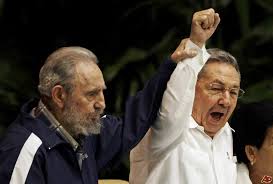 Obsessed with the actions of successive presidents of the United States, to discredit them – and monitor their popularity – is part of their sense of aliveness.

Ready to cease existing when Nature decides, so go the whims of one-time youths who today are in their terminal phase. In the meantime, their legacy has elapsed – in caprice, and much political pride.