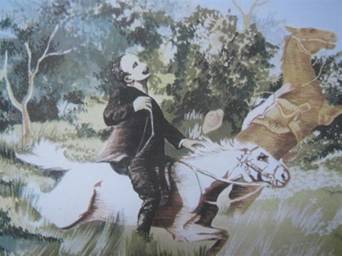 The spiritual body of a nation is formed by the ideas and thinking of its different members, with their philosophical, political, economic, social, moral, artistic, religious and other concepts. Everyone, to a greater or lesser extent, participates in building it. To choose some and reject others is an evil practice which, in the end, damages the outcome.

For years our authorities, taking advantage of granting themselves absolute power for far too long, have shaped the body in accordance with their interests of every kind. To do this, helped by the intellectuals close to them, they have accredited and discredited historic facts and personages, presenting them positively or negatively. They have also, in their work, mutilated or manipulated them at their convenience. The most dramatic case is that of Jose Marti, who has been exalted in everything that serves or can serve the authorities, and ignored otherwise. Thus, some of his thoughts are present, and others forgotten.

History is important, not only to know what happened and how it happened, but also to understand the present and know the future. Its richness doesn’t belong only to the past, but it also is reevaluated in the present and in the future. This it is essential to rewrite it objectively, without political or ideological constraints, and to place everyone, with their actions and works, in their corresponding place. Everyone, without exclusions, in one form or another, has contributed to shaping the spiritual body of the Nation, around which everything else has been created.