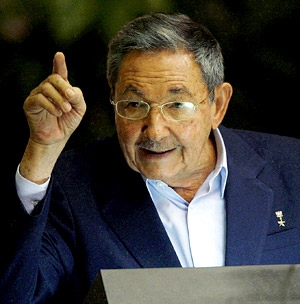 The General-cum-President of Cuba has publicly announced that we are going to return to drinking coffee mixed with peas. For the uninitiated, this brew is a disagreeable invention. The only thing that can be said in its favor is that it stimulates the imagination to make us believe we are drinking coffee.

Those who work in the area of the aromatic should be happy because the announcement might mean, for them, a period of “fat cows” in which their revenues might swell from the possibility of multiplying the unit volume of this product that can be introduced into the underground market because, as has happened in the past, who will control the amount of toasted peas that are mixed with the coffee?

The proportion of the composition will be progressively adulterated, until the quantity of coffee grounds is minimal. We already have vast experience in this regard and now, with the national and global economic crisis and the increase in corruption already well established in our country, the conditions for this to succeed are perfect.

I am struck by the lack of vision of the Cuban governing class to prevent the proliferation of these kind of evils and how, instead, they seem to promote them. On the other hand, I would like to hear a specialist in biochemistry explain to me how these concoctions support our liver, pancreas, gallbladder, etc. because I know that peas are for soup, not hot drinks.

In any event, I recommend that you not imitate the Cuban government in improvising or inventing with your family members, or by yourself, when you lack some ingredient or infusion in your pantry. The taste is not good and the potion may not be healthy. I am putting in my two cents worth of “peas” to combat such nonsense and to expose my opinions publicly so that no one might think that Cubans “don’t give a pea” as a sign of protest.