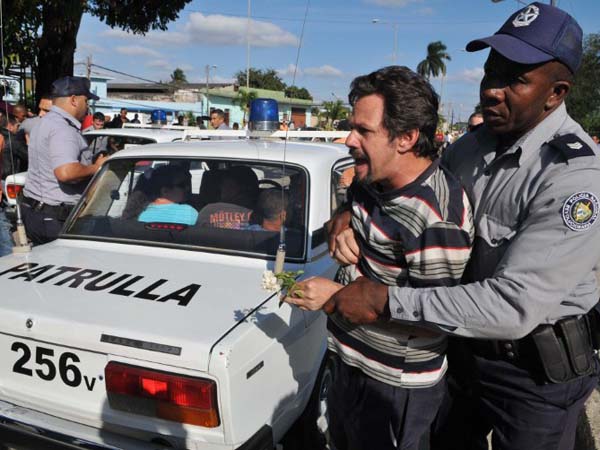 Arrest in March 2003. Image from america.infobae.com

At present, despite the continued omnipresence of the political police–which hinders the proper performance of our work, systematically violates our rights and freedoms, and harasses us and threatens us with many years of jail–alternative civil society is strengthened numerically and deontologically and labors for certain potential destinations definitely better for our country.

Those brave peaceful fighters of the 2003 Black Spring were already released and some of them remain in the country. They were 75, but there are many more stories of errors and horrors of the government to discourage the opposition movement in Cuba.

However, this movement has grown from 2003 and it is an intellectual and moral power that denounces the arbitrariness of the powerful and proposes politically democratizing alternatives to the systemic immobility modus operandi of the totalitarian regime.

I hope to God that there will not be a repeat of a repressive sequence of arrests like that of 2003, which makes the necessary reconciliation between Cubans more difficult and prevents my country from permanently joining the world’s democratic nations.