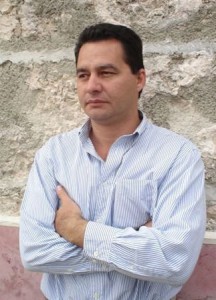 On reading, this last August 17, the Declaration of Principles: We Who Are Born With No Horizon, written by the narrator Angel Santiesteban, we understand the uncertainty of the intellectual set upon with absurd allegations concocted by a devastating judicial machinery, incapable of understanding that criminalizing dissent and annulling the freedom of expression threatens human development.

The writer, 44, is the author of Dream of a Summer Day, Short Story Prize winner of the Union of Writers and Artists of Cuba in 1995, The Children That Nobody Wanted, winner of the Alejo Carpentier Prize 2001, and Blessed are Those Who Mourn, Casa de las Americas prize in 2006. While these works confirm him as one of the most authentic voices of contemporary literature from Cuba, he was demonized since he began writing his blog The Children That Nobody Wanted, described as rebellious by the censors.

What happened with Angel Santiesteban? Of what and by whom is he accused? We look at his own testimony, heartbreaking and desperate.

“The blog The Children That Nobody Wanted, in particular, is an urgent space for free thought, something unknown and forbidden in my country for several generations. Since then my spiritual life has multiplied, but the political police, unable to attain the ethereal and censor thought, take the body and make it pay for the daring. And two months into the blog I was assaulted by three men who threatened me, “being a counterrevolutionary doesn’t suit me,” with the result of a broken arm. The email account assigned to me by the Ministry of Culture was immediately deleted. It prevented my publishing and participating in cultural events. They responded to my posts in official blogs: functionaries, journalists lacking decorum, opportunistic writers and critics.”

He said, in addition, that after so much pressure the State Security agents “had the idea of manipulating my ex-partner and they created a series of allegations without the slightest evidence connecting me with the supposed imaginary events. I was being charged with offenses that would lead to a sentence of 54 years in prison; the Prosecutor requested 15 years privation of liberty.”

He added, “For more than two years I’m waiting impatiently, giving time for the Government, State Security, the police and the Prosecutor of the Republic to reconsider ways of making me give in and silence my free expression.” 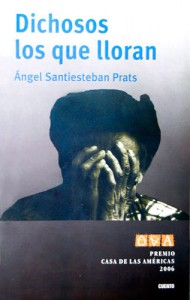 In the following paragraphs Santiesteban described the details of the Kafkaesque process to which he was subjected. He spoke of no communication with his 12-year-old son, the pressure of the police against his legal representative, the interrogations, fines and other psychological tortures. Finally, he declared,

“It doesn’t matter if they imprison me, watch me, humiliate me, demoralize me, shame me. Despite the fear, the suffering of my family and friends, I’m happy because I am fulfilling the ideas of Marti. If the time comes, I will assure them that I will go to prison proudly. And in that space I will remain as long as my fasting body endures.”

The police and institutional harassment against Angel Santiesteban recalls those prize-winning writers persecuted in the now long ago 1968: Heberto Padilla and Norberto Fuentes, authors of Out of the Game and County Condemned, respectively. The coincidence is not circumstantial. With the campaigns doubled in 2011 against another literary suspect. Today, as then, we need an SOS for innocence before the injustice of the State.