Among the first victims of January ’59 was the history of Cuba, especially the phase of the Republic. A radical rupture caused the immediate divorce of the new generations with a past that was reduced to four lines in scholarly books. (From Somos+) 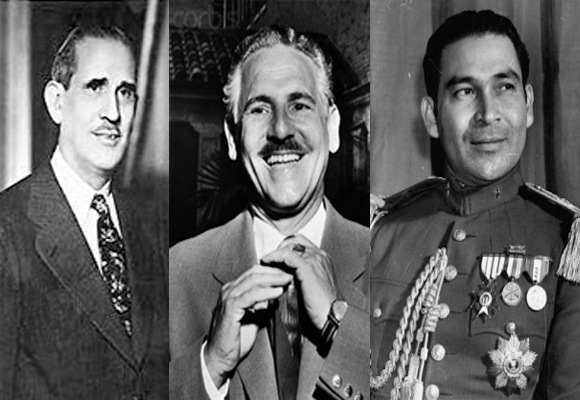 La Havana, Cuba – “Puppet State, governing mafias, corruption, and poverty” are the only emblems, according to the official version, of the first half of the twentieth century in Cuba

A tour of eight libraries in Havana, while inquiring whether there existed some available texts on the Republic, resulted in only one book in two libraries dedicated to the theme: “The Republic of Cork” by Rolando Rodriguez.

The disconnectedness from the Internet worsens the situation. It is such that the access to documents, testimonials, videos, statistics and serious studies, are reduced to such a small number of people that they do not rely on a platform to discuss the contents.

To this situation we are already working on a series of testimonials, with people who lived, worked, fell in love and started families, and dreamed during the Republic. Men and women who are a living treasure because of their accumulated experiences and unprejudiced vision of the different realities that nuanced a whole era.

We want to investigate, from the household perspective, how that society felt. How was the health, the education, the exercise of democratic participation (when it existed), the press, the architecture, the cost of living, the markets, the music, the recreational activities, the institutions, the problems of the moment . . . finally, everything that can provide understanding about a tumultuous period, but one that was productive in the construction of the Cuban nation.

We also seek to shed light over many deeds and historical circumstances that have been strongly manipulated or distorted. The objective is not to establish truths or impose visions, but to enrich the debate and provoke a flourishing of knowledge and vital analysis for the current age.

The people who wish to participate in this historical series can contact us through email, by phone, or through mail.