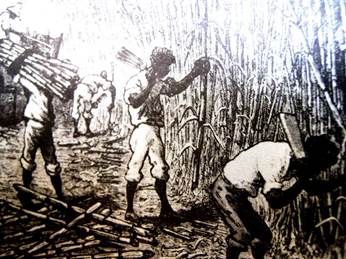 Fernando Damaso, 10 June 2016 — Reading the few independent media which, against all odds, are published in Cuba, I learn about things that happen and that aren’t published in the official media, as well as what high taxes we Cubans pay compared to our Latin American neighbors, despite the fact that the nominal wages of our workers are, possibly, the lowest in the world, being even less than half of those in nearby Haiti ($20 a month in Cuba, $53 in Haiti).

All this is added to exploitation of slave labor as practiced with professionals loaned out to provide services in other countries, to which will be added those who will work in the so-called Mariel Special Development Zone here in Cuba, where the state will appropriate 20% of what foreign investors will pay in hard currency, in addition to converting the 80% remaining into Cuban pesos (CUP) at a rate of one US dollar per 10 CUPs, instead of the nationally established rate of 1 Cuban Convertible Peso (1 USD) per 24 CUPs, which will result, in reality, in the state appropriating the majority of the wages paid by foreign investors.

Even worse will be what happens with workers associated with foreign investments where the exchange rage will be 1 USD per 2 CUPs.  Currently the sale of food between farmers and hotels is carried at at 1 CUC per 11 CUPs. Pure exploitation of slave labor!

In this context, I recalled Article 6 of Regulation of Slaves by the Government and Police of the Island of Cuba, instituted by Don Geronimo Valdes, President, Governor and Captain General in 1842, reproduced by the eminent Cuban historian Manuel Moreno Fraginals in his work “El Ingenio,” which I transcribe verbatim:

“The masters will give their field slaves two or three meals a day as they see fit, provided it is sufficient to maintain them and replenish them from their labors; it being understood that as a daily and absolute need for food for each individual, six or eight bananas or its equivalent in sweet potatoes, yams, cassava, or other root crops, eight ounces of meat or cod, and four ounces of rice or other vegetable stew or flour.” These products, at current prices, would not cost less than 80 Cuban pesos.

At least, those slavers were busy keeping their workforce well-fed, something very different from the current practice of our political alchemists and medieval economists.