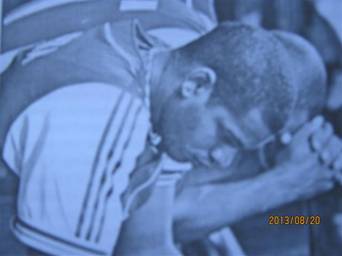 After the Cuban team stayed on the road following a fifth place finish in the Third World Baseball Classic, having been being beaten five consecutive times in the five games scheduled, on top of that by a U.S. team composed of college freshmen and sophomores, the authorities governing national baseball, supported by some sportswriters, have turned up applauding, having won the Rotterdam Tournament in the Netherlands, with the Cuban national team, and now with the successes in the 3rd Tournament of Challengers in Canada, with the team from Ciego de Avila, also professionals and with some players from the national team.

All the fans know the serious problems of Cuban Baseball and its sustained decline, as well as the reluctance of the sports authorities to confront and resolve them, in order to maintain archaic concepts. Pretending to erase past defeats with current Pyrrhic victories in lower-quality tournaments against inferior teams will not convince anyone. (The team from the United States, called NWCAA, which stands for Northwest County Athletic Association, consists of players under 19 years old from St. Louis, Missouri; the Japanese were represented by JX Eneos, champions of the Yokohama City Industrial League; and of the same caliber, Canada’s team, the worst of all. The only team made up from a nationwide selection is the one from Chinese Taipei). There are none so blind as those who will not see!

It is also possible that all the current fuss has been stirred up as a smokescreen to obscure the poor performance of the Cuban delegation at the recently concluded 14th World Athletics Championships in Moscow, as well as the setbacks suffered in the 15th World Watersports Championship in Barcelona, in the 21st Volleyball Grand Prix by the women’s team, and by the three chess players who failed to qualify for the World Cup, held in Norway. It is a formula already applied on other occasions, under the slogan of “turning setback into victory,” with the goal of trying to keep some threadbare flag flying, in this case that of so-called “socialist sport.” We expect more of the same, until the time when real changes occur.