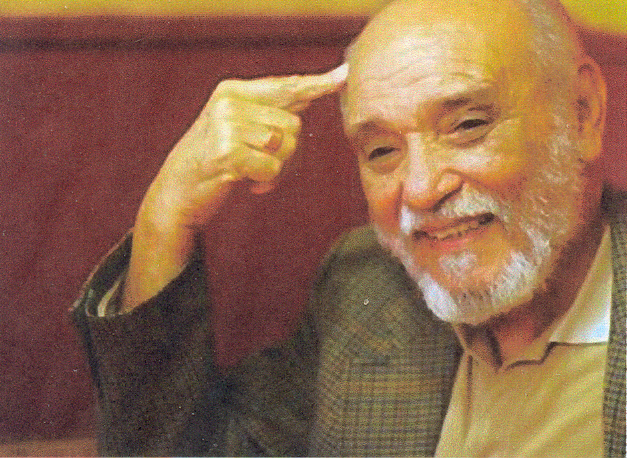 Yesterday the Cuban poet Rafael Alcides Perez turned 80; he remains in Havana as a poor, strong and gentle grandfather; lucid amid the social madness and literary closure, oblivious to personal egos and tribal tantrums. He knew fame and tasted applause from his younger years, when he joined in the swarm of those poets of the intimate and innovative generation of the ’50s, who transitioned from the estrangement and apathy during the dictatorship of Fulgencio Batista to the euphoria by the Revolution led by Fidel Castro, which shook the foundations of the nation and imposed exile and silence.

Rafael Alcides leaves a lasting impression on those who know him personally. Admiration grows if you read his poems before hearing his voice booming with rhythm. The poet seduces his listeners with the cascading flow of his images and metaphors, resonant and profound like the simplicity that animates his actions.

He, who for decades has declined to publish in Cuba, knows that his name carries weight in the memory of his book and some magazines that collect his most transcendent verses. The author of Thanked Like a Dog was excommunicated from the official poetry sanctuary and sanctified by writers and poetry lovers. His name barely circulates on the island, where his books are a rarity in antiquarian portals, personal libraries and catalogs of the National Library.

From Spain I join the tribute paid by the intimates of the octogenarian writer, still engaged in the creative task. Within a few years, when some publisher takes on the rescue of his poetry and novels, new readers will have in their hands, “Mountain Smoke,” “Gypsy,” “Travel Notebook,” “The Wooden Leg,” “Memories of the Future,” “Night in Memory,” “And they die, and they return, and they die,” as well as “Nobody” — his penultimate poem collection — and the controversial stories, “Contracastro,” and “The Return of the Dead.”