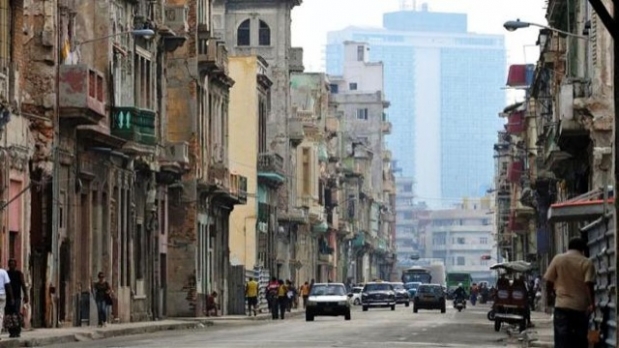 At this point few will doubt that in a totalitarian system like Cuba, centralized control of the economy by the state is inherent; and if the leaders agree to allow some space for private initiative, they do it as a tactical maneuver and not with strategic overtones.

This is demonstrated by government repression against certain private activities, especially when they expose the inefficiency of the state bureaucracy. In 1986, for example, the authorities banned the first version of Free Farmers Markets. The reason? Well, in those markets which responded to the laws of supply and demand, people could buy roots, fruits, vegetables and meat products that didn’t exist in the markets run by the all-powerful state.

Moving forward in time, the private owners of 3D cinemas had to close their establishments at the behest of the ruling party directives. According to the government, these cinemas showed films that were inconsistent with the cultural policies of the nation. However, everybody knows that the official Cuban Institute of Cinematographic Art and Industry (ICAIC ) was unable to equip their theaters with the technology used by individuals.

And lately we have seen them end the selling of imported clothing by the self-employed, who supply clothing more attractive than those sold in state shops.

All these elements give us a preview of what might happen to bricklayers, plumbers and carpenters practicing self-employment. During the most recent session of the National Assembly of People’s Power they reported on the failure of the plan to build homes in the state sector in 2013. In addition to poor planning and diversion of resources, the deputies argued that a major factor that led to the failure was the instability of the labor force in the sector, a instability caused, essentially, by the exodus of state construction workers towards self-employment.

To self-employment, although it is difficult

Giraldo is a bricklayer who left a state position and requested leave to work as self-employed. As stated, the main cause of these movements is the low wages
paid as a result of absurd payment systems that are used.

During his last semester in his contigent, neither he nor his fellow brigade could earn the bonus pay, due to the existence of a payment system that this mason could never understand.

The mechanism in question involves, in addition to the completion of the work objectives by the brigade, the salary bonus would only be paid if there was a positive correlation in the contingent between the increase in the average salary and the growth in productivity; that is, the growth in the second has to be more than the growth in the first.
Giraldo’s brigade met its work objectives, but the correlation described was negative, and with this the salary bonus went up in smoke. Giraldo didn’t conceive that a macroeconomic indicator, which does not always depend on the labor of the workers — in this case, the average salary was inflated due to excess administrative staff on the payroll — prevents the workers from being duly rewarded after such an arduous task.

Moreover, Giraldo mentioned abnormalities affecting other state construction workers, and they come to be discouraged, as the constant transfers between jobs — sometimes they start a new job without having completed the previous one — and so they paralyze their productivity because of the lack of aggregates and other construction materials.

When asked how he’s doing with self-employment Giraldo responded that not everything is rosy. For example, he must pay tax every month, regardless of whether or not he has work. However, as long as the authorities allow self-employment, he thinks he will not return to the ranks of the state construction workers.

However, in light of the information provided in the National Assembly, as well as what has happened to other self-employed people, it is not surprising that the political masters are devising ways to stop the drain of skilled personnel to the private sector. And it is very likely that they will not open pathways that promote the welfare of the builders within state enterprises, either with salary increases or improved working conditions; rather they will use the ways they  know very well: prohibitions or other administrative constraints.

The latter could include increasing the tax burden on occupations in the construction sector, and thus discouraging the move of workers into the ranks of self-employment. We will be watching to see what happens.