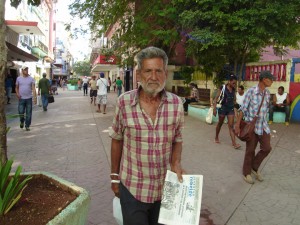 HAVANA, Cuba, October, www.cubanet.org – What was Raul Castro thinking when, some days ago, in a meeting with the Council of Ministers, he said they are “doing experiments in order to” address the effects of the aging of the Cuban population? It’s not that one wants to take a shot at everything our chiefs say, but it would be easy to understand the reasons we start to tremble as soon as we hear the word “experiment” on their lips. 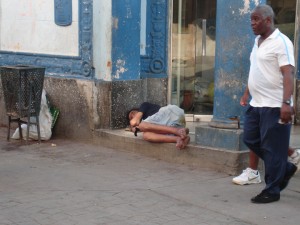 For example, could they be thinking about experimenting with the abandoned elders who have now turned Havana’s San Rafael Boulevard into a showcase of the futility, lack of attention and neglect of the regime?

It’s enough to walk a few blocks on this populous street to form a rough opinion of the drama of the old people whose fate rests on the streets of Havana, without any family support and without any government help, which now and again brings the police down on them, piling them into their cages like mangy dogs. 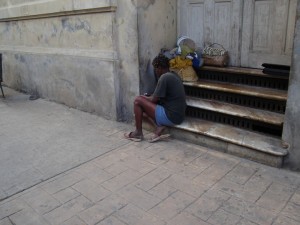 “To the old people who have to be cared for as if they were children, especially those who have been working,” Raul Castro also said at that meeting, which also scares us, not only for fear of what could happen to the children if the authorities stuck literally to their words, but for the exception they make with respect to “those who have been working.” Did he mean to say that those who didn’t work for the State have no right to be cared for in their old age? And how will these bureaucrats classify these old people, who have no record nor identification nor more property other than the rags they are wearing, to make it clear who deserves or doesn’t deserve to be cared for according to their former occupations? 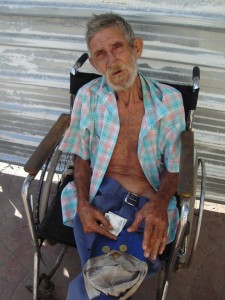 Although the chiefs pretend not to take notice, as disheartening as is the increasing aging of the Cuban population, so is the aging of the Fidelist system, not only with regards to the ages of its principal representatives. Also, and especially, the ton of years they have remained imperturbably with the upper hand, anchored in the same speech and in the same aberrant and retrograde experiments of yesteryear.

Thus, I see they have nothing left but to experiment with themselves, retiring together, now that there is still time, as the only way to stop the tragedy of our elderly homeless, as well as so many others who were motive and today are an impediment to the solution.