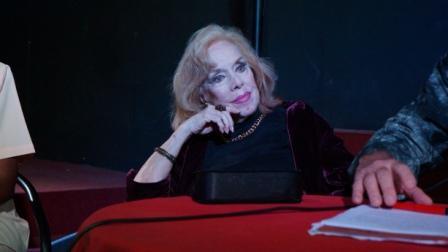 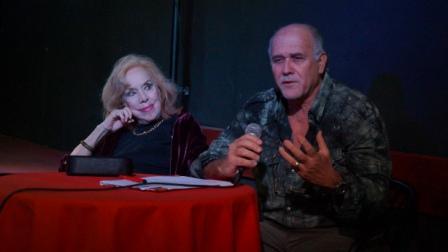 Havana, February 5, 2013 – At a press conference hosted by the artist Rosita Fornes and her agent Jose Antonio Jimenez, they unveiled in detail the upcoming celebration that will be held at capital’s America Theater.

Jose Antonio Jimenez told reporters that the show has the name Musical 176, with a unique feature that will take place on Sunday, February 24 at 5:00 pm at American Varieties. In his  appearance before the national media he was accompanied by Rosita Fornes and Master Guillermo Rubalcaba who also is celebrating his birthday. Rubalcaba has accompanied the Rosita on the piano on more than one occasion both on national and international stages. Also joining the cast are the voices of Farah María, Vania Borges and Idania Valdez.

Rosita Fornes and other guest artists will be accompanied on this occasion by the Charanga Tipica of Concerto de Rubalcaba. The fact that the Cuban star Rosita Fornes was then accompanied by this orchestra is described by her representative, the artistic producer known as Jose Antonio Jimenez, one of many examples of what this woman was capable of during her 74 years of artistic life, delighting her audiences to explore a unique way from the lyrical to the popular.

The show will be marked as statements of its artistic producer by the stamp of unsurpassed Cubanness, with the participation of the Cuban comedian Orlando Marrufo and prestigious dance troupe of the America Theater.

On the gala night the recognized voices of Rosa María Medel and Julio Acanda will have the unique opportunity to establish a dialog with Rosita Fornes and the maestro Rubalcaba. A conversation that will allow the audience to be informed about the most recent events for such important exponents of Cuban culture.

Rosita Fornes who will be celebrating her 90th birthday on 11 February, explained to those present after the conclusion of the interview with Jiménez that for her as an actress, there is no greater reward than the love of her people that knows no borders, and whose universal language is art.