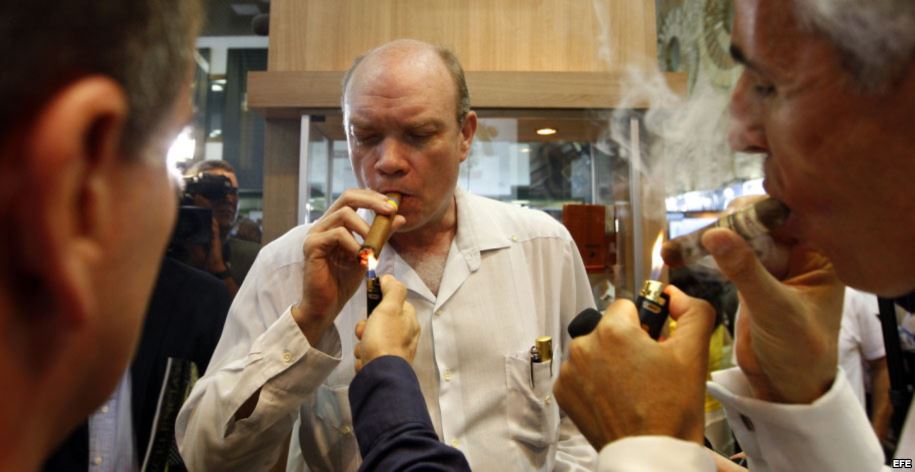 A veritable media sandstorm blasted away just a few days ago in Brazil when at the IX Plenary Session between Brazil and Cuba, the Cuban Minister of Foreign Trade and Investment, Rodrigo Malmierca openly declared that any political entity without the branding initials of Cuba’s Communist Party — CCP for short — would never be allowed to run in a Cuban election.

In light of Malmierca’s remarks, a group of Cuba savvy and well-informed people who understand Cuba’s reality first hand, countered by producing serious, sensibly-minded, and razor-sharp studies and retorted that Malmierca’s sly words — or threat-in-the-making — could only serve to further isolate Cuba.  On that note, the Brazilian group discretely suggested that a fairly unobtrusive way to avoid widespread buffoonery during future Cuban elections would be to demand all upcoming political parties register under names capable of generating the acronym of CCP.  A sample roundup of CCPs: the Christian Civic Party (CCP), the Cuban Constitutional Party (CCP), the Conservative Cuban Party (CCP), the Cuban Catholic Party (CCP).  (Others variations are possible.)

FYI: Current Minister Malmierca is a big-name, bright individual but more muted and deadpan than a double-blank tile in a heap of dominoes.  Pre-Internet 1980s knew Malmierca as an all out rebellious and non-conformist youth.  No doubt the modern Cuban blogger dissidence movement would have rung true for young Malmierca.  But back then — and about to graduate from the University of Havana with a degree in economics — the early Malmierca shunned the philosophical aesthetics language of the Cuban Revolution in ways comparable to modern protest.

Malmierca’s early life exploits read like a political police thriller of never-ending “demonstrations” known and talked about in every secret inner chamber but carefully concealed in folds of red velvet — the metaphor is a line borrowed from Eliseo Grenet’s lovely bolero, “Your mouth’s pearls” — to protect his family’s background (father was chief founder of State Security, former Vice Minister of the Interior, former Minister of the Interior, active card-carrying member of the Communist Party, and Freemason).

For better or worse, the young Rodrigo originally believed free thinking ideals were worth the effort, and he assumed whatever risks and consequences came in tow.  But out of nowhere, and as if by pure magic, he was recruited by the Cuban Central Intelligence Agency.  A once pure heart turned lethal.  Out came the plainclothesman guayabera shirt as urban camouflage for network spying.  First came ECIMETAL, then a role as advisor to the Cuban embassy in Brazil, later on, as ambassador to Belgium and the EU, next as representative of Cuba at the UN, and finally, as Cuba’s Minister of Foreign Trade and Investment.

Whatever prestigious jobs and assignments were culled for him and despite all the reassurance top appointments bring, Rodrigo Malmierca has never been a loyal pooch obedient to the call of one master.

In public, he is a man of few words and speaks only when necessary to avoid the risk of damaging his administrative legacy.  Seems he also understands that if a political system markets equality as a top shelf product, being different spells mortal sin.  Those in the know claim that deep down he has never forgotten his past.  The story goes that only Malmierca’s innermost circle experiences Pandora’s box unleashing the visceral grudge he holds against general Raúl.  Between these two men, an old adage is key: “Paying tribute to someone like you has merited my own substantial reward.”