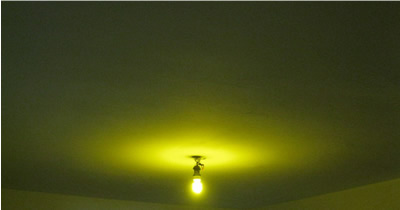 One more! One more! One more! he demands, while leaning back against the pillow and stretching his legs towards the ceiling. The mother has to quickly make up a new story, weaving the tale that puts her child to sleep. So she mixes the creatures of the Brothers Grimm with others, pulled from national cartoons, to narrate a nice fairy tale, moral included. The bottle falls to one side, the feet relax and the eyes start to close. Finally, the child is asleep. On the other side of the door are several hours of housework. The dishes to wash, the water to be heated for her husband’s bath, and the beans to be softened in the pressure cooker. But at least the child is now asleep.

Despite the speed of modern life and the hardships of housing, many Cuban parents still tell their children stories at bedtime. Some prefer to read them, while others make them up or recall those they heard in their own childhood. Video games and Disney movies have contributed new situations and characters to relate. It’s not unusual for Tom Thumb and Buzz Lightyear to be friends in these stories, or for Harry Potter to fall victim to a poisoned apple. When it comes to mixing the genres, it’s also not surprising for a bit of reggaeton to emerge from the mouth of some kingdom’s wizard or the bad witch of the story. The point it to make the eyelids heavy and sleep to come as soon as possible.

A few days ago a friend told me that his daughter had asked for a new story. “One, papá, that’s not in any book,” she specified. The father, tired out from his workday and unable to invent a new fiction, decided to tell her his own routine. “Once upon a time there was a man,” he started, “who got up every morning at six.” While he was talking his daughter’s eyes were hanging on every gesture, waiting for the protagonist to turn into a hero or a villain. “He went out to get the rationed bread,” he continued, “and then went to work on the bus that sometimes comes and sometimes doesn’t.” A small grimace of impatience started to play across the kid’s face, but the voice didn’t stop. “At the end of the month he would receive a salary that was barely enough to pay the electric bill and buy a little food, so the good man had to do some bad and illegal things to survive…”

A snort of frustration interrupted the monotone narrator. As the girl’s little hands tossed the pillow away from the bed, she shouted, “No, Papi! No! I want a story where the good guys win…!”