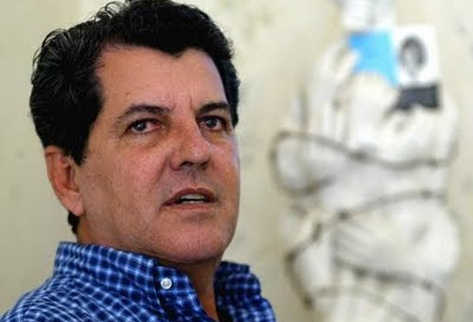 It was another summer Sunday, but in 1969. Oswaldo and I, seated on the double bunk we shared, commented that morning about the biography of Albert Einstein that he was proposing to read. Suddenly bursting into the barracks was an official from CIM — military counterintelligence — who was assiduously visiting our battalion of the “Military Unit to Aid Production” (UMAP*).

After saluting us he took the book in his hand, flipped through it and said to me, “This is enemy literature, it’s about making the atomic bomb the Yankees dropped on Japan and with which they blackmailed the world.”

We were stunned and, later recovering from our surprise, we spent a long time trying to explain to the official who the great German physicist had been. Some recruits were standing around us listening to the exchange of opinions. When the official left, Payá exclaimed, smiling, “At least we saved the book.”

It is this image of the young man, intelligent and cheerful, that I will always remember of those days when we shared three years of Forced Military Service on the Isla de La Juventud. Along with us were seminarians, like the current Chancellor of our Catholic Church, José Ramón Suárez Polcari, Padre Troadio, Padre Norberto, among others of different religious denominations. Some who had left the seminary, like Ricardo Fernández, all mixed into an amalgam which the repressive forces of the Cuban regime denominated the disaffected to the system. There are many anecdotes in which, one way or another, were involved.

Now, more than forty years have past since we met, years of getting together, sharing, sometimes agreeing and sometimes disagreeing, and I agree with the words of Pastor of the Church of St. Saviour of the World, in tCerro, when in his homily for Oswaldo he said that all  his actions and human conflicts were marked by love. Love of God, his Church, Jesus, his family, country, and friendship. We used to like to joke together, saying that one day we find each other in Nirvana. I hope if the Lord is willing, we will meet again. Rest in peace.

*Translator’s note: UMAP was a program of concentration camps for religious believers, homosexuals and others.