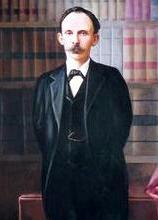 It is true that José Martí founded a political organization, the Partido Revolucionario Cubano (Cuban Revolutionary Party), Fidel Castro founded the Partido Comunista de Cuba (Cuban Communist Party), and many people in our country and the world, just like them, have maintained their membership in the different institutions that they have erected so that from them they can work towards and develop their respective proposals. Notwithstanding, they disrespect or do not know the rights of the rest of their compatriots to legally create organizations and launch them towards their Motherland’s paths of history for the benefit of the nation and the interests of all her children wherever they might be.

The justification so often bandied about by the Cuban government and its mouthpieces — that in Cuba we have a single party system because Martí founded only one party — is ridiculous. If we depart from that weak argument, then we must answer that we should have refounded Martí’s party a few years ago – we owe it to him – as a political alternative to the existing Communist party.  Or is it that this is a right that only pertains to descendants of the Movimiento 26 de Julio (26 July Movement)?  That they respect everybody’s rights – not only a part of them – and legalize Cuban organizations, is the best way to honor Marti, the Apostle.  Let us unfurl one of the mottoes of his profound political thinking, collaborating with all and for the benefit of all which is the best way to  truly fulfill his dream, and restore, based on ethics, the inalienable right for all times of creating new parties.