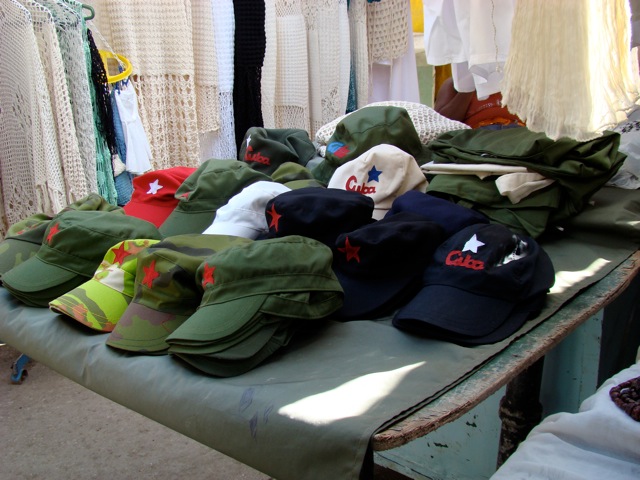 The last days of December, a good time to walk the streets and capture the differences of this 2012 compared to the previous year. The agricultural markets are better stocked although prices have almost doubled in the last twelve months. Private restaurants are springing up all over the capital and snack bars run by the self-employed compete on menu items and décor. Numerous houses have “For Sale” signs and many families are packing their suitcases waiting for the new Immigration and Travel Reforms to go into effect. Some have seen their wallets get fatter while for others the only thing that has grown is scarcities. The contrasts in Cuba are also growing.

“Updating the model” is the name the government has given the island’s current process of economic reforms. A series of flexibilities that encourage domestic production to reduce imports, but that maintain State control and central planning. The key achievements have been delivering idle land in a form of leasing known as usufruct, the expansion of self-employment, and the conversion of State-owned establishments to cooperatives. However, among the main tasks still incomplete are eliminating the dual currency system, ending the rationing system, and increasing salaries at least enough to cover basic needs. As long as salaries do not allow workers to have a decent life, many people will turn to emerging enterprises, many of them illegal and tied to the tourism sector.

Among the boldest steps taken by Raul Castro’s government is granting permission for the sale of homes. In a society where it was banned for decades, the authorization has caused a real shock. It brought back speculation, stratospheric prices and redistribution of the population in cities according to people’s purchasing power. True innovations for generations of Cubans who had resigned themselves to sharing space with grandparents and parents. However, in most cases those who have already managed to buy a house have been able to do so thanks to remittances from family abroad, profits from self-employment, or the diversion of State resources. Illegal Cuba continues and gains strength.

The fight against corruption appears to be a losing battle. A few days ago Gladys Bejerano herself, Comptroller General of the Republic, declared that of the state enterprises audited 72% had been classified as “deficient or bad, lacking in comprehensive systems of control.” Raul Castro has reduced the mammoth number of ministries inherited from his brother, merging some and dismantling others. Cases of officials imprisoned or under investigation are the order of the day, although they are not accompanied by a policy of transparency of information, especially when the irregularities involve senior Communist Party leaders.

Last year the fears of many were focused on the process of “payroll rationalization” that threatened the possible dismissal of between half a million and 1.3 million state workers. But the dreaded plan has been delayed and even halted in several bureaucratic, business and production-related endeavors. Some breathe a sigh of relief at keeping their jobs, but in most cases the efficiency of State enterprises has been seriously hampered by retaining an excess of unnecessary personnel. This is perhaps one of the clearest examples of Raul Castro’s reforms being hesitant and ambiguous, torn between pragmatism and a fear of popular discontent. Some believe that this tendency of “two steps forward, one step back” comes from conflicts and struggles in the upper echelons of the government. The apparent battle between a reform-minded sector and another, more conservative, feeds popular fantasies and even serious analysis.

Preventing the accumulation of capital also seems to be one of the great scourges of the new transformations. The guidelines discourage contracting for labor beyond five workers; establish excessive taxes for the private sector; prevent a single person from buying more than one home and even having more than one phone line. All are policies that confirm the intention to limit individual wealth. The main fear of the government centers on the possibility that economic reforms will create a foundation to demand political reforms. That is, that the ability of many to achieve material and financial autonomy from the State will inevitably spark desires for autonomy in the civic arena and increase pressures for respect of human rights.

Although the changes are aimed at expanding the private sector and strengthening national production, they have not yet achieved a significant improvement in macroeconomic indicators. Nor have they achieved an improvement in the living standards of the Cuban people. Our plates and our pockets demonstrate – better than any statistical analysis – how insufficient Raul Castro’s reforms have been. Scarcity of essential goods, inflated prices and increasing inequalities between rural and urban areas contradict the triumphalist phrases. Add to this a further impoverishment of Afro-Cubans, who have less access to remittances from family abroad – because fewer Afro-Cubans have emigrated – and who are discriminated against for jobs in tourism. Cuba’s social differences can no longer be hidden with political slogans. Hence, 2013 will come to an island balanced between hope inspired by new flexibilities, and frustration at the excessively slow pace of change.