What was that object? What purpose was served by its polished surface, its rounded shape? Why did Grandma keep it at the bottom of a drawer with her most intimate clothes and some letters written to her half a century earlier by her first boyfriend?

My sister and I occasionally stole the box — lined with black felt — where this object that looked like a lightbulb or the handle of delicate door resided. When our younger cousins came from a provincial town, we boasted to them of our Havana slang that rang out in the slum, of the black and white TV displayed in the living room, and especially of that golden ball of glass, around which we wove a mountain of inventions.

Without its cantankerous owner seeing us, we decided the delicate sphere owned by our mother’s mother had once belonged to a princess. We fantasized that this possession was all that remained of a past life, the only clue connecting our family to the lost lineage of its predecessors. And extremely naive kids that we were, we believed, looking at our reflections, that something like this could only have belonged to an exalted family like that of Scheherazade, or the Queen of Sheba, or even of King Tut himself.

One afternoon it slipped from our hands and shattered on the floor of the tiny room where we had grown up. The crystal had a bright layer of dust inside and that night our grandmother’s slipper left marks on our backs. When August came around and our “peasant” relatives returned, we now knew that the beautiful golden ball had been only an ornament, a simple decoration for a festive tree we had never seen. I was about to turn eight and it would be nine more years before I would approach, for the first time, a Christmas creche. 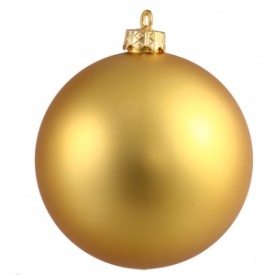 But the anticipation, the herald that something that existed beyond the blunt reality, had come to me with that painted glass that a Spanish immigrant had saved among her most cherished possessions. This same Galician, now settled on the Island, told us in secret of a child born in the hay among the lowing of goats. She narrated the story of Jesus in a whisper, because our parents, at that time, were passing through their period of greatest atheistic bigotry.

The building, the neighborhood, the school, the whole city, lived hiding scapulars, praying in whispers, covering up the images of the Virgin behind some book about Marxism or a red flag. In their bras, under their blouses — sewn in or fastened with pins — old women carried crucifixes with the image of another bearded outlaw, one who had not come down from the Sierra Maestra. To show even the slightest faith in Him was one of the fastest ways to make problems for yourself, surpassed only by the act of professing another ideology. So we learned religion and suspicion at the same time, discovering a cosmology and its denial together.

Months after the ball broke against the floor tiles, my sister and I lived through another gray December that ended with neither tiaras nor crowns. On December 24 we got itchy, because we knew that in other places green branches stood in the middle of living rooms, surrounded by lights. However, in our prudish Real Socialism, on our Sovietized Island, nothing betrayed the hidden celebrations that many held indoors. We went to bed early.

The following morning Grandma took longer than usual in the bath, and through the blinds we managed to hear a brief “Amen.” Christmas was over. All that was left was to wait for the end of the year, when, between spoonfuls of rice and beans, a piece of pork awaited the first light of January and the anniversary of the Revolution. This is what our December was reduced to, a national holiday, a man in olive green proclaiming the start of a new historical era that never fulfilled its promises of redemption.

But the restless girls who had broken that crystal orb, that quasi-magical object, would never be the same. Some of the golden dust that flew from the broken glass settled over our lives. It made us wary, not with credulity but with skepticism, suspicious of the masks of materialism rather than of the poses of religious dogma. It turned us into beings distrustful of that red card that forced one to hide a cross near your breast, to cover it with the black felt of fear.