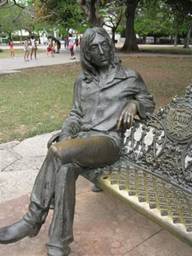 When we talk among friends of the things we discuss in Cuba, some label me incredulous. I will tell you the reason, and try to explain my incredulity, in that they are too old (older than 54) listening to the old and new storytellers telling the same stories. Of course I’ve ripped the pages from many more calendars than they have.

They talk to me of some decentralization of power, of a little economic autonomy in the state enterprises, the reduction of bureaucracy, control of corruption, self-employment, flexibilizations and many other updates, and it makes me smile. The authorities, as a rule, like to show the carrot, but usually placed at an elusive height, adding many obstacles as well. This tactic has been used many times and has not changed, because so far they have been successful.

Some tell me now that the situation is the same, because everything has become very complicated, and the more responsible citizens question and demand something that didn’t happen before. This, according to them, has forced the authorities, even against their will, have to offer a little more, and also they have to compromise on some economic and social issues, never politics, because the update of that is never contemplated in their calculations.

These realities make hope flourish in some of the youngest (those who haven’t opted to leave) but, unfortunately, they are only elements in the struggle of the authorities to gain more time at the least cost possible. It’s good to remember that our authorities only know two speeds, first and reverse, and that there are others to move forward. When applying the first, and producing a slow movement, they are frightened and immediately shift into reverse to return to the starting point.  So it has been before and is repeated now with the private shops, the 3D movie rooms, bars and other businesses.

To expect serious changes and reforms that solve national problems, is not a part of the approved Guidelines. I have said and repeated to the old and new storytellers: Here there is no reform, there are only updates of the same model to make it more prosperous and sustainable. A word to the wise!