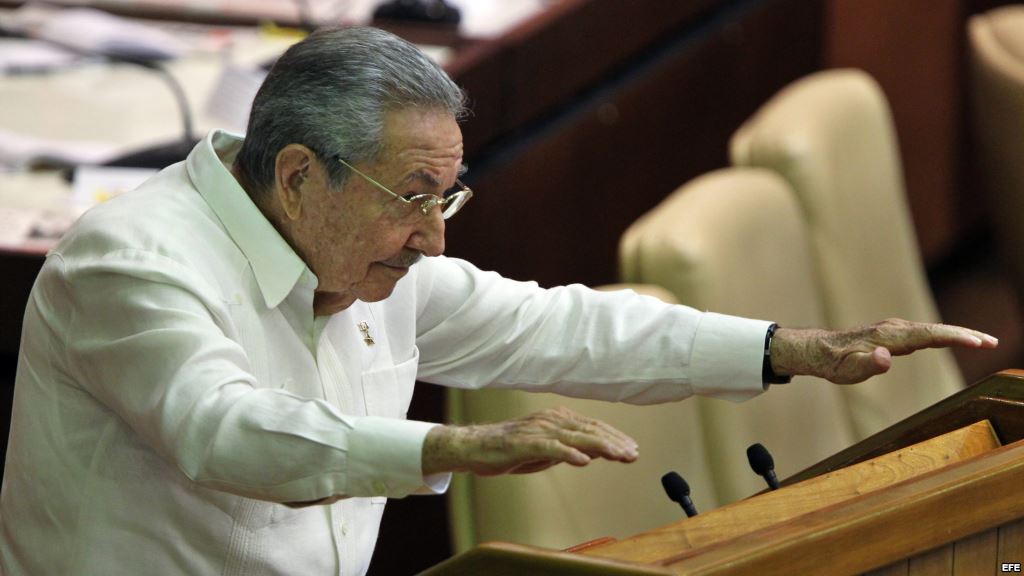 Presidents Barack Obama and Raúl Castro shortened the 90 longest miles of all history, and it begins to melt the ice in the Cuba Libre [lit. “Free Cuba”] also the name of a drink served over ice]. It is a historical conversation that tries to put an end to years of confrontation and zoom in or zoom out, depending on the approach, to the day in which we Cubans can finally decide our destiny.

The news was welcomed with satisfaction by several personalities. The wind of cordiality blew so strong in South America that in less than 24 hours, the guerrilla group FARC (Revolutionary Armed Forces of Colombia – People’s Army) announced a unilateral ceasefire for an indefinite period starting on December 20.

On one side of the political scale, this is the wish that we Cubans all have of enjoying a country free from tyrants. A dream which, to some extent, we have not been able to achieve due to our disunity, the lack of strategies, and an excess of posturing. On the other hand: It is that to improve the bilateral climate between the two warring nations, an isolated Russia with financial problems, and a changed relationship with Africa and Latin America — especially with certain extremist groups and the ALBA countries (Bolivarian Alliance for the Peoples of Our America) — with the United States.

It is no secret that the global energy map has changed, that the current price of oil has dynamited the political capacity of Venezuela, and with the Port of Mariel Megaproject wavering from lack of investors, Raul remained without options; he has none, other than to get aboard the train and open up to investment, trade, and American tourism.

In logical reaction, the pendulum leaned towards rapprochement. Whether we like it or not, I understand that the circumstances and the life lived by each one of us define the way in which we approach certain things; but realpolitik, which deals with practical interests and concrete actions, unfortunately does not pass through human rights, nor a multi-party system, nor civil liberties.

The images have been very eloquent; the physical condition of the three Cuban spies is far from that of Allan Gross, including dental care, which clearly in the Cuban penitentiary system does not exist.

The increase in tourism and trade between the United States and Cuba will create new sources of revenue which, undoubtedly, will benefit rank and file Cubans, especially those who do not have relatives abroad. A new outbreak of bricklayers, gardeners, restaurant owners, bartenders, tenants, taxi drivers, etc.

But in the current circumstances, with the import permits in the hands of State-owned enterprises, no Cuban can market products for his private business; no entrepreneurs in the agricultural sector can import farm implements or quality seeds to increase their production, or animals for breeding stock; no cuentapropista [self-employed entrepreneur] in the field of construction or mining, can import any machinery. And that’s not going to change; at least for now.

Other freedoms will be opened up, yes; but I see little chance of General Raúl Castro permitting any political opening. He gave the speech dressed as a General from his old office, located on the 4th floor of the MINFAR [Ministry of the Cuban Revolutionary Armed Forces]. Impressive symbolism.

The government will fight to maintain control, increase repression, and the methods and resources of its repressive forces.

No, it is not the end of the Castros, but the beginning of a stage in which all Cubans have to learn how to fly using our own wings.