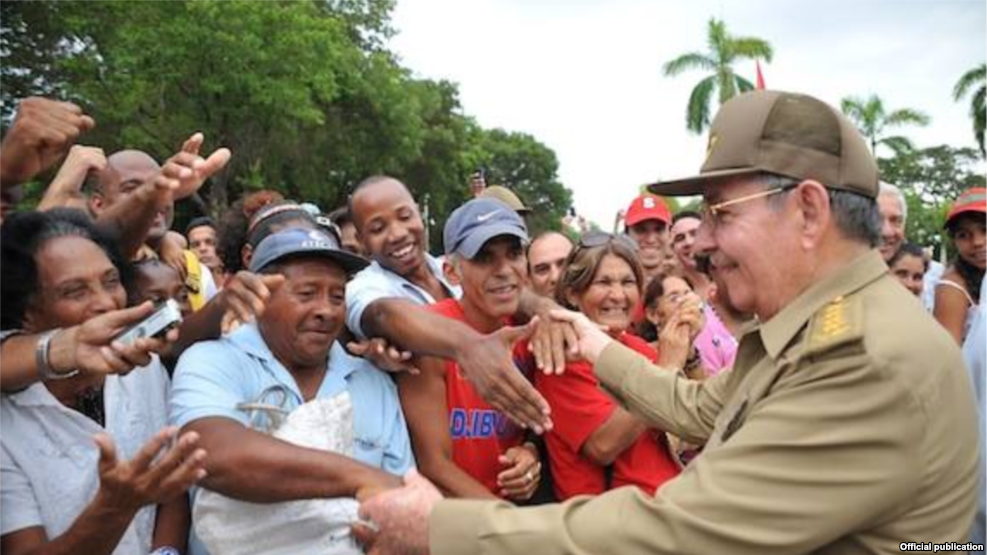 Juan Juan Almeida, 6 October 2016 — Santiago de Cuba is, as Cuba’s ruling class puts it, a big headache. Disasters and conflicts are music to the ears of politicians. And a very destructive Hurricane Matthew presented Raul Castro with an excellent opportunity to kill two birds with one stone: He could correct an old mistake while reducing the visibility of a man who has earned many people’s respect.

On the morning of October 25, 2012, Hurricane Sandy passed over the eastern edge of the island. In its wake, the Category 2 storm caused extensive property damage, injured more than a hundred people and resulted in eleven fatalities. People there were terrified but felt abandoned because the nation’s president did not bother to make an appearance in the region. And this oversight brought on a whirlwind of jokes and criticisms.

Though compelling, the stated reason for the General’s recent visit was less than convincing. No sooner had the hurricane alarm been sounded in the east than the ringleader-in-chief appeared alongside a presidential lackey, doing everything possible to attract attention, both before and during his tour of Guantanamo and Santiago de Cuba provinces.

We all saw a Raul Castro concerned for people’s welfare and reviewing Civil Defense preparations. But then he disappeared. We do not know if he flew back to Havana or rode out the meteorological event in the underground shelter of his home at the end of the Manduley Avenue in Santiago’s Vista Alegre district.

But there is another equally plausible reason for the General’s visit to the region and his name is Lazaro Exposito. The first secretary of the Communist Party in Santiago de Cuba is a man of the people who uses his position to do good. Though still a communist and considered by some to be an opportunist who is not truly committed to reform, his leadership is widely considered to be a success among the locals.

You might recall that in September 2008, when Hurricane Ike was lashing Granma province with winds approaching 100 miles an hour, Lazaro both guided and supported a population in panic. He catapulted to political stardom on national radio (TV had gone off the air) by contradicting then president Fidel Castro by saying, “Commandante, you are in Havana but I am in Bayamo and here the people are afraid.”

This small comment led to his being transferred to Santiago, a city that — due to its heroic, rebellious and hospitable nature — is practically ungovernable by anyone who is not a convivial, party-going native son. But Exposito was able to pull it off. And he would not allow a cyclone to be used to his advantage.

That is why Raul went to Santiago. Because, though he is very close to retirement, Matthew was going to be his hurricane. And to achieve this, he could not leave any loose ends untied.