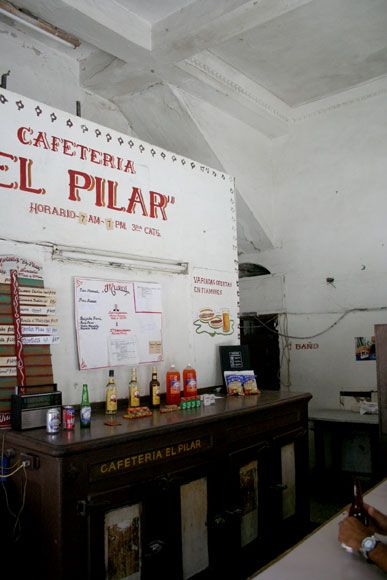 (Published Friday, 12 November 2010 in number 3 of the digital magazine Voices, on the site www.vocescubanas.com/voces)

The Cuban crisis continues to become more profound. The ideological ties, created interests and the totalitarian vocation rise as an obstacle to the transformations that society requires; to it are added the incomprehension of the role of time in social processes, the errant road to encourage an efficient economy and an obvious lack of political will. For all that, the changes that once were feasible to produce in a private sphere are today impossible, since the depth of the crisis and its structural character demand integral reform. The Cuban economy, whose Gordian knot has its roots in the relation of property, constitutes a proof of this necessity.

Different from animal life, human beings, gifted with cognitive capacity and structured communication with his own species, are not starting from zero, rather each generation supports itself on accumulated culture. During thousands of years, the economy — which moved forward together with the human race — was hoarding experiences and conforming with norms that regulated its function. Thanks to culture, today’s man has very little in common with his forebears, while the chimpanzee — the animal with greatest similarity with the humans — lives and does the same things he did hundreds of thousands of years ago.

Long before psychology became a science and would describe the role of interest in human activities, economic relations had demonstrated that this constitutes a powerful source of motivation, without which it is impossible to obtain advances in production in a sustained form. When a political system arbitrarily alters this reality, the stubbornness of economic law leads to results such as that of the structural crisis in which we find ourselves. Ideology is a more recent phenomenon. It arose precisely thanks to advanced development in economic relations, especially those of property. The same interacts with the economy and can serve as much as an accelerator as a brake, depending upon the understanding its subjects have of its laws and functions. It is unjustifiable that well into the 21st Century — in the midst of globalization and the information society — those who govern Cuba cling to an ideology, behave like animal species, repeating what humanity has demonstrated down the length of its existence and has accumulated and organized in databases placed at their disposition.

Private property emerged from the first forms of community life, extended itself with slavery, changed form with feudalism, returned to mutate itself with the capitalist system, and into the few spaces that totalitarian socialism has permitted its subsistence, it has demonstrated to be a highly efficient form of economic development. That which has changed with time and will keep changing is the proportion in which what is produced is distributed — that is to say, referring to social justice, what comes from redistribution but that does not depend only on the globally created product, but also on other factors such as the natural differences in people, their dispositions and aptitudes, of invested capital and technology. The product of work, therefore, cannot correspond integrally to the producer, who doubtlessly is an essential factor but not the only one who intervenes and makes redistribution possible. If private property has been employed for the exploitation of some men by others, the solution is not in abolishing it, rather in perfecting the form of redistribution of the product of work.

The violation of this principle makes the economy unnatural and converts it into a prisoner of ideology, which is the same as condemning it to death, as the dissimilar projects of socialism based on the artificial imposition of State property have evidenced. In the Soviet Union it ended in a round defeat. In China, it led to generalized hunger until they undertook the reforms that have converted it into one of the motors of the world economy. In Vietnam, the planned economy system sunk the country into misery until they started the little Vietnamese Renovation, with which a sustained growth was achieved in production and productivity until they occupied second place in the world in the exportation of rice, by which the United States stopped opposing the concession of credits, suspended the embargo and established diplomatic relations. North Korea doesn’t qualify, since it deals with a feudal-slavery socialism in its final phase. And Cuba has managed to survive thanks to a solidarity-based subsidy coming from ideological alliances.

With regards to real property or the means of production we have to add knowledge. The technological revolution and communication are transforming the industrial society into the informational society. These changes interfere with the totalitarian intent to subordinate the universal right to education and information to ideology. The University cannot be only for the revolutionaries and information cannot be edited to suit the ideological interests of the State.

The Cuban president has recognized that in nine years the cultivable area of the country has been reduced by a third; that without people who feel the need to work to survive … we will never stimulate love of work; that without the conformance of a firm and systematic social rejection of the illegal and diverse manifestations of corruption, they will continue — in no small measure — enriched at the cost of the sweat of the majority; that if we maintain inflated payrolls in almost all national undertakings, and we pay salaries unlinked with results, we can’t hope that prices will stop their constant climb, deteriorating the purchasing power of the people.

Nevertheless, the response has been limited to the promulgation of Decree Law 259 about the delivery in usufruct of land — land which the State was incapable of making productive — to the farmers capable of doing it; the labor reform that will leave more than a million unemployed; and a list — of a rather feudal nature — of approved self-employment activities that are practically limited to generating taxes “on personal income, on sales, public services, and for the utilization of the workforce, besides contributing to Social Security”, with a load of regulations and limits that impede self-employment from playing an important role in production and delivery of services.

On the other hand, nothing is said about the rights of association of those workers who face a scenario without organizations independent of the State to represent them, much less to encourage the founding of small and medium enterprises. To stimulate the growth of this sector, instead of trying to avoid the formation of a national business community, they would have to add a policy characterized by low taxes and bank credits, creation of a wholesale market, implementation of rights of association and free access to information, which implies the implementation of human rights, the basis of the dignity of the person. Only thus can the Cuban be converted into a subject interested in change.

The integral concept of property is the road to sustained and sustainable economic development and for the formation of a national business community. In Cuba, thinkers and politicians of all eras were worried about the widespread promotion of small and medium property. It is enough to cite Bishop Juan Jose Dias de Espada, Jose Antonio Saco, Francisco de Frias, Enrique Jose Varona, Julio Sanguily, and Manuel Horta Duque[1], and of course, among them Jose Marti, who considered rich a nation that has many small proprietors[2]. They and others argued the importance of encouraging a diverse economy of small agricultural producers and the formation of a national middle class.

If the end of whichever social model is the human being, then economic relations — and, inside of those, those of property — constitute a means subordinated to that end. Therefore, in any of its forms, property has a social function that consists in incentivizing economic development for human life. The dilemma is not in the choice of one or another form, rather in the capacity to consider, at a determined time, place, and conditions, which of the forms is most advantageous for development, that which makes the institution of property a fundamental of social order.

We all agree that Cuba needs an efficient economy, but that proposition becomes unviable if the producers are prohibited from being proprietors, from receiving a salary to satisfy the most elemental necessities, from having free access to the Internet and from enjoying such elemental rights as the freedom of association in the defense of their interests. We would convert property and salaries into levers of economic development, and the only guarantee of achieving it is in the implementation of human rights.

The ratification of human rights treaties signed in the year 2008 and the conformance of domestic legislation in harmony with those documents constitute unavoidable premises to get out of this present crisis. In this sense, we have to return to the vision of the 1901 Constitution, which recognized the freedoms of expression — written, spoken, or in any other form — the rights of assembly and association, and the freedom of movement to enter or leave the country. We also need to look at the Constitution of 1940 which, with the consent of the Communists taking part in the congress, added to the freedoms of 1901 the declaration that all acts of prohibition or limitation of the citizens’ participation in the political life of the nation is a crime, and the existence and legitimacy of private property in its highest concept of social function.

But it is enough that the Government, owner of nearly all the means of production, assume the political will necessary to put the citizen in first place, and proceed to untie the Gordian knot of relations with property, together with integral changes, so that the deepening of the present reforms are the rebirth of small and medium enterprises, the diversity of the forms of property, and the formation of a national middle class.