The dictatorship frightened and cautious

The Cuban government has decided once again that the “Bastion” exercises would be held just on the even of December 10, the day celebrated for Human Rights.  It’s their way of oiling the “defense” machine, which is intended only to send a sly message to the opposition that they are prepared to attack the smallest anti-government movement, and who have already activated their repressive measures. Ladies in White being arrested

To manage the infrastructure deployed war, the country is spending millions that it can’t afford to waste, especially knowing that thanks to the military investment for more than five decades, they have plunged this country into total misery.

Days before I see the concern of State Security that opposition groups will carry out a demonstration, especially the dreaded Ladies in White. They have their spies desperately seeking information about the planned day and time. Raul Castro knows that in becoming a part of the United Nations Council on Human Rights he is committed to respect them. He has to wonder, what he disrespects them, what is that same UN Council going to say about such a breach. Will it be the first time a member of the Commission is expelled for not honoring what it is supposed to respect? 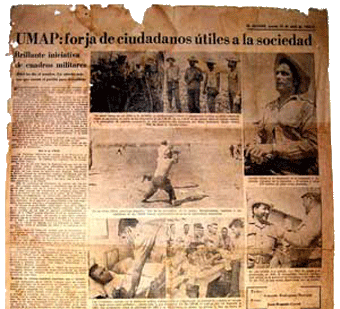 Newspaper article about the concentration camps for religious, gays and other “counterrevolutionaries”

In fact, it’s a great contradiction, like being the “President” of the Community of Latin American States (CELAC) and not showing respect for it, nor for the countries represented. What is corroborated by the Castro brothers is that it’s all a chess game to gain time in power and to manipulate international public opinion. To be part of the Council is their “Sword of Damocles.” 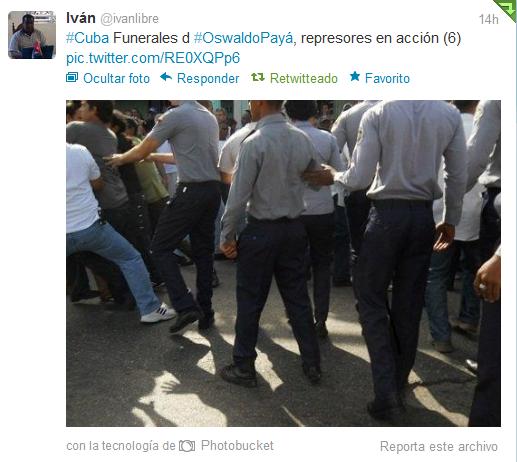 What we do know is that the dictatorship has a new challenge ahead of it: to ridicule the UN or give way before the basics that prevail in this 21st century, which is respect for individual rights. We can only wait, call on the international news media to pay attention to current events in Cuba, because December 10 will not pass unnoticed.