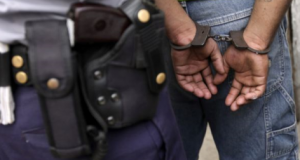 HAVANA, Cuba, September, www.cubanet.org- At the beginning of the nineties, the Argentine journalist Andrés Oppenheimer published a book entitled, Castro’s Final Hour. The first chapter begins with the description of the execution of the accused in the murky Cause No. 1 of 1989. Then came the event, today nearly forgotten, of the rockers and metalheads of that generation of ‘80s remembered as The Playa Brawl.

One Sunday in August 1992, in what was then the House of Culture of the Playa Municipality. A a rock group called Dark Metal played. In the vicinity of Fifth Avenue and 70 and near the House of Culture on 68th Street, the police stopped and searched those who were heading to the concert. Later, various uniformed men showed up there. One version places the director of the House of Culture as the first responsible for what happened. This lady thought she saw a fight, in the “hard-core” exchange or clash between members of the public. She called for the police to come to the site and they used the pretext to unleash a spiral of violence and repression.

Outside, a growing number of police were using their batons left and right. The buses with members of the Special Brigade, equipped as anti-riot police, surrounded the site. Some agents arrested a guy and put him in a patrol car. Inside the car they sprayed with pepper spray and locked him in the closed car. A stone thrown at the rear window of the car and a courageous rescue saved the boy from suffocating. A group that tried to flee to the bus stop at 70th and Third was intercepted by the uniforms with a beating from their batons. Meanwhile, the traffic police closed Fifth Avenue.

The people in the cars looked on horrified at the guards mercilessly beat them, including girls who were almost children. In a moment the repressors launched dogs without muzzles against youth groups. A scene we had only seen in pictures coming from other countries. It intensified into something very much like a “Friki Intifada.” The police had to retreat from rain of stones. Several shots rang out. One of the guards, with an AK 47, shot a blast into the air. Another policeman took his gun. The soldiers retreated vowing to free the arrested. They lied.

Soon, a crowd of survivors began to march toward the police station at 5th and 62nd. It was there where they had taken most of the arrested. The initial provocateurs of the incident where there. Once in front of the place, the young people began to scream, demanding the release of detainees. It was the first time, since 1959, that this happened in front of a police station. The prisoners were released, most of the baring marks of the beatings.

Later, the authorities misrepresented everything. The lack of rule of law did the rest. However, the news went around the world immediately through foreign news agencies.