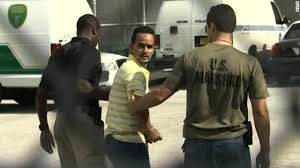 Raonel Valdes Valhuerdis, the Cuban accused of carrying out the greatest gold theft in the history of Florida, arrived in the United States this Wednesday under extradition. Detained in Belize when he tried to cross the border on his way to Mexico.

What is striking is his name being on the lists of the most wanted criminals and although the Revolutionary government asserts it does not encourage criminals, at the time of his arrest, the bandit was carrying a Cuban passport in his name issued December 28, 2012 by the Office of Cuban Interests in Washington, two months after the fugitive committed the armed robbery in Miami.

It all seems to indicate, and the facts speak for themselves, that the Cuban consulate in Washington hinders the consular processing of normal citizens but readily accepts common criminals.