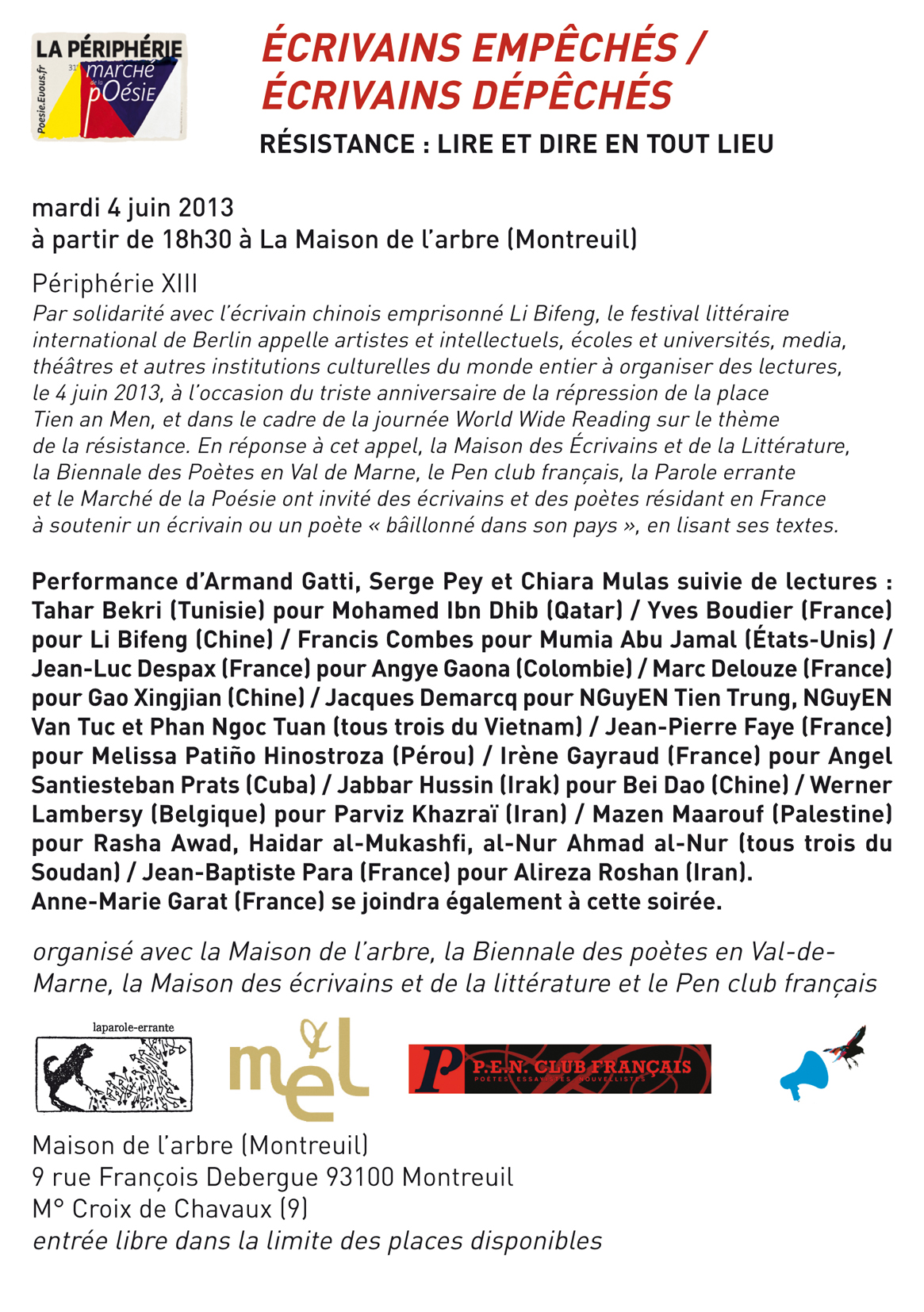 Editor’s note: This post is in French and is only partially translated here.

Text of notice:In solidarity with the imprisoned Chinese writer Li Bifeng, the International Literary Festival of Berlin is calling on intellectuals and artists, schools and universities, media, theaters and other cultural institutions around the world to organize readings, June 4, 2013, on the occasion the sad anniversary of the crackdown in Tiananmen Square, and within the framework of the World Wide Reading Day on the theme of resistance.

In response to this appeal, the House of Writers and Literature, Biennial of Poets in Val de Marne, the French Pen Club, the Wandering Word and Poetry Market invited writers and poets living in France to support a writer or a poet “gagged in their own country,” by reading their texts.

[Angel Sebastian-Prats is included in the tribute]

“Among the readings that will be held, one will be for Ángel Santiesteban-Prats, unjustly imprisoned in Cuba by the Castro dictatorship, for the simple “crime” of expressing himself freely in his blog.

His story, The Moon, A Death and a Piece of Bread, will be read by the French poet and writer Irène Gayraud. 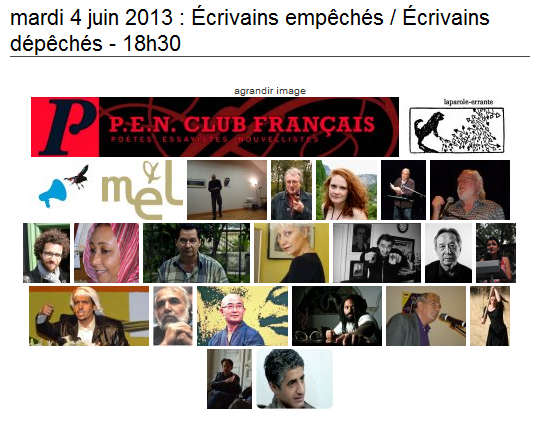