At the end of a row of makeshift kiosks a colorful poster highlights Communist Party propaganda based on the economic reforms and new forms of production, its assertion inviting me to reflect, not like the usual reflections of Cuba’s ex-president Fidel Castro based in the imperial ideology, I don’t want to turn the reflection into a pollution, seeking the pragmatism that declared the history of the Revolution.

Rivals. This is a word that denoted opposition, conflict, attack, enemy and so it always was. They educate us creating a rival. The most powerful of the rivals in general terms is capitalism represented by the United States. Then there were the individual rivals, fabricated within the people. Christians, peasants, intellectuals, professionals, a friend, brother, cousin, neighbor, anyone who had the means and their own ideas and before obeying the the patrons of the politics implanted by the Revolution they obey the patrons of justice.

Most of these rivals were dispossessed of all their property and expelled to the United States, where they learned to make the land productive. Our rivals created a dignified and prosperous Cuban outside of the socialized Cuba of misery and corruption. Amazing and ironic. Now we must cultivate our lands like our rivals cultivate theirs, referring of course to the inventions of the great leader of the misery, his dynasty and his Communist Party, not the real rivals who were born with the Revolution, nourished on the Revolution, cultured within the Revolution, and crowned in the direction of the Revolution and today they are updating the Machiavellian model of socialism. 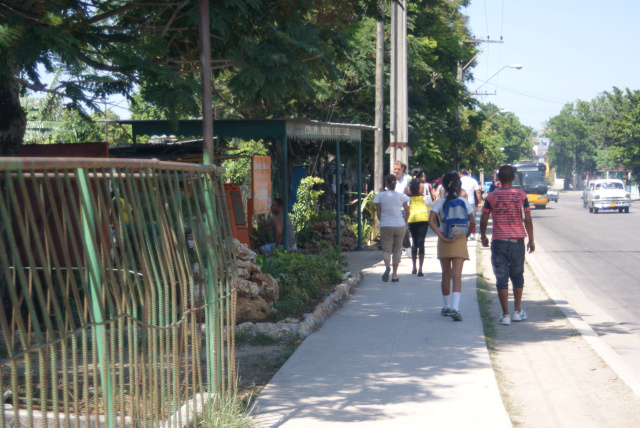 What are they? The cult of personality and power, the political fanaticism, inefficiency, negligence, incapacity, fraud, the double standard that is worse than the amorality, the hypocrisy, the like, the ideology based on a loathsome sense of hatred, the incapacity of the mediocre ruling over the talented. Those rivals were not imported from capitalism, nor the consequence of the blockade, most were created by power and the rest were imported from Russia based on Stalinism and some of Leninism.

The content is the imperceptible little sign outside the circle of the government demagoguery and the fraudulent politics of the party and those who placed it and it clarifies many doubts with regards to the official effectiveness of the system over 53 years.

*Translator’s note: When Felipe Pérez Roque, former foreign minister, and Carlos Lage, former vice president, were ousted, Fidel Castro commented that they had been seduced by “the honey of power.”