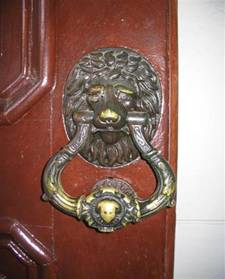 Importing traditions (the circus of the yellow ribbons* is one example) seems to be the fashion, with the goal of entertaining the public, despite great governmental dedication and the poor treatment of the citizens, with respect to the spectacle mounted on 12 September.*

If it’s about traditions, instead of importing them, it would be convenient if the authorities restored some of the democratic ones that existed during the fifty-six years of the Republic, which were abolished at the stroke of a pen.

I will not dwell on the festivals and the line, which are also worthy, but those in another group, within which we can cite: the right to freely express opinions, and to make them available in the corresponding organs of the press; to elect the president of the country and his counterparts in the provinces and municipalities, through a direct vote of the citizens, in elections where candidates from different parties compete; to all the free development of private initiative, without medieval laws or regulations, which present obstacles and impediments; to facilitate free access to information for all citizens; for parents to be able to decide which school — public or private — they want to educate their children; to respect differences of all kinds; to decriminalize wealth; to let the provincial and municipal organs of power possess real power to solve the problems of their communities, and to stop being mere appendages of the central power; to let the unions respond to the interests of the workers and not to those of the Party, the government and the administration; to let social organizations multiply and for belonging to them to be truly voluntary, according to the interests and desires of each person.

There are many other democratic traditions that also should be restored, but those mentioned are enough.

If this were to happen, which seems almost impossible currently, then perhaps we could start to believe in the good intentions of the government to resolve the problems of the Nation.

*Translator’s note: Fernando is referring to the “circus” around the government’s decision to drape Cuba in yellow ribbons — an American tradition but not a Cuban one — to demand the release of the four remaining spies in prison in the US, and the dance party mounted at the “Protestdrome” on September 12, in support of this objective.