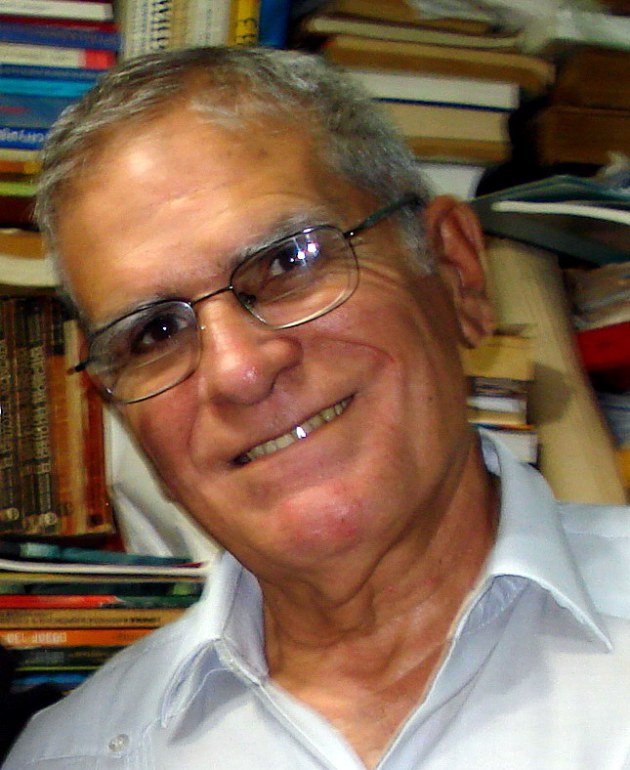 I met Oscar Espinosa Chepe† at the home of another opposition activist around the year 1997.  Later, I had the opportunity to interact more with him when he would go to the headquarters of CubaPress, then situated in the residence of Ricardo González Alfonso, in Havana’s Miramar neighborhood, so that the editor of that press agency could edit his next article to be published.  So careful was he when stating his opinion responsibly and in the best way possible, that after a while, Germán Díaz Castro told me that the articles that Chepe would bring him did not need editing.  In his effort to “say and to write well” he had acquired the necessary dexterity to provide with discernible journalistic skill his economic observations of the Cuban situation.

Years of opposition activities led us to running into each other several times, and in him I always found a decent, cordial, solicitous and supportive fellow citizen, a comrade in peaceful fights so polite that he never “threw the chalk piece”* of bad behavior against his comrades in the struggle.  His path of economist, civic and opposition activist, plus the intolerant and dictatorial nature of Cuban authorities, led him unjustly to prison in March of 2003.  He was sentenced to twenty years, and released on parole the next year, for health reasons.  He came out with the same humility and simplicity, without the rancor that corrodes and weakens moral and character, and which are the trademark of the dictatorial men in charge that ordered his confinement.  From prison he came out marked by the ailment that closed his eyes to life a few days ago, and opened them to immortality.

This past Sunday, September 22nd, he absented himself physically.  I prefer to remember that part of Chepe’s biography that I knew: educated like a diplomat, and as humble and as much of a dreamer as any patriot opposed to the totalitarian regime.  The man who worked so much for Cuba that for many years we will have the light shone by his analyses and his wisdom guiding our democratizing economic paths.  Those that inevitably will come to create and encourage laws that stimulate trade and production so that our country can definitely prosper without this failed planning socialism –centralism- in which the government has been the flogging and destructive gendarme of our economy and the archipelago in general.

I send my sincere condolences to his widow and other relatives for the death of Oscar, as well as to all who like me, are afflicted by this grievous loss.  R.I.P.

*Translator’s note: Cuban expression that means to misbehave in a furtive way.