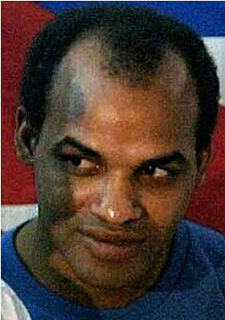 Yesterday, May 15, an emotional meeting of the Holguin CID delegation remembered the birth of the martyr Orlando Zapata Tamayo on May 15, 1967. The story of his humble and courageous life stressed the authenticity of his patriotism. To him the country was sacrifice and duty. His clash against tyranny involved no desire for publicity nor even the slightest trace of a dubious role.

The testimony of those who were his fellow prisoners, as in the case of Ricardo Santiago Medina, member of the National Executive Committee of the CID, is that of a true Christian who knew that the freedom of Cuba could only be achieved with evolution and boldness.

The day of his death on February 23, 2010, after a more than eighty day hunger strike without proper assistance, OZT carried a cumulative sentence of 36 years in prison for peaceful protest that in any democracy wouldn’t even lead to a fine. 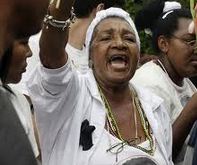 The regime thought that because of was a poor and unknown black man his murder would go unpunished. They never imagined that given the seriousness of her son’s condition, Reina Luisa Tamayo’s  desperation touched the hearts of millions of people. Nor did they calculate that once they consummated the crime, Reina would write one of the most moving and courageous pages in the history of Cuba denouncing the tyranny in the streets of our country.

Orlando Zapata Tamayo was a legitimate opponent. He always put his life on the frontline. He had the courage to maintain his dmeands and his opposition to the bitter end. Orlando was a direct incarnation of the historic political prisoners, the ones who when no one in the world listened maintained the dignity of the struggle for democracy at the cost of extraordinary personal sacrifice.

For those involved in the final battle against the Castro regime and to all the people of Cuba who aspire to the change that is coming, Orlando Zapata Tamayo should not be a patriotic memory, but a living example by which we must measure all the pretenders to leadership.