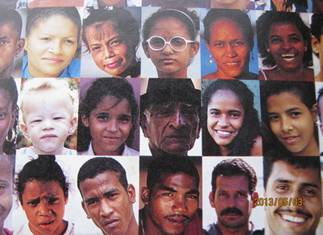 The theme of a lack of spaces to voice opinions has been a constant in this last half century of our national life. It has always started as a request for an opening to the authorities themselves and, using the pretext of a powerful enemy ninety miles away, their refusal to grant it.

The practice of recent years has shown that if citizens want to express their opinions they have to open their own spaces (independent journalism, blogs, twitter, etc) and, whenever possible, also use those of the government as well as others that exist.

This happened recently at the so-called Anti-Imperialist Bandstand, with the musician Robertico Carcassés: he took advantage of a government space to express his opinions as a citizen. This is something absolutely valid and shows courage, something most of his critics lack, as they seem to go along with the absurd demand that “criticisms and opinions are to be expressed in the right place at the right time to the right people,” a real straitjacket to avoid anyone’s doing so.

If, in all these years, every citizen had acted with civility and expressed his opinions honestly, taking responsibility for them, many of our problems would never have reached their current magnitude.

It has been precisely the lack of this civic exercise that has allowed our leaders, despite the multiple errors they have committed, to perpetuate themselves in power and to hold onto their positions in society, refusing to cede them, despite the speeches and lukewarm measures put into practice in recent times.

As long as the voices of citizens are not massively reverberating in the ears of the authorities, demanding the necessary changes and reforms, these voices will fall on deaf ears, so that the authorities may continue to act in their own interests, turning their backs on the true interests of the nation.