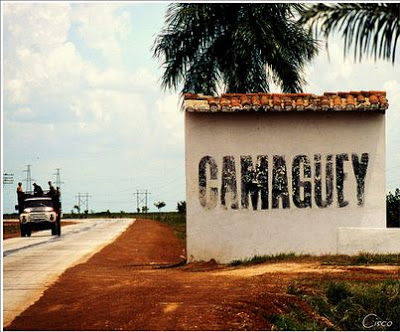 This May 20th when the CID delegation in the capital of Camagüey gathered to celebrate Independence Day, they had to suspend the meeting to go urgently to the corner of Carretera Central and 20 de Mayo street to support two distressed Cuban families who had spent the night on the street as a result of an eviction.

At the time of publication the situation surrounding this event was developing. When the State Insecurity and Housing department  agents arrived on the scene, they found neighbors extremely annoyed by the distress of the families of Marlene Chavarría Abreu and Damaris Álvarez Abreu.

The major in charge of the State Insecurity agents asked Virgilio Mantilla Arango, CID National Vice President to give him time to see how they could resolve the situation. He needed to calm the spirits of families, the neighbors and the CID activists. The major wanted to talk with the families.

Mantilla Arango spoke with the parties and all agreed to give the major a more reasonable time to see if he could solve the case. The first step was agreed to was that representatives of the Housing department would move the families to a shelter.

Under the truce, CID activists went to the house of the Camagüey Coordinator of the United Campaign for Human Rights to be held on May 20. A total of thirty members of the opposition participated in the patriotic event remembering the long struggle for the independence of Cuba.

At the end of the meeting State Insecurity showed its other side. When the opponents retired to their homes minions jumped into action violently beating several and arresting ten of them.