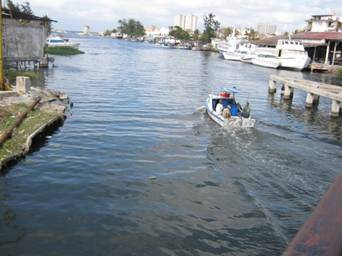 For some time the official discourse in Cuba has gone one way and the lives of Cubans have gone another. The agreements and guidelines are a part of the first, constantly referred to by the authorities as if they were part of some holy book of binding obligations, and the struggle for survival is now part of the second.

On May 1st the combative people will make the earth tremble with their massive parades. It’s already known how many will participate in each municipality and province and the thousands from each union in the capital. It’s a pity that these figures of binding obligations– 35,000 in Construction, 40,000 in Education, Science and Sports, 80,000 in Industry, etc.–don’t match, with exactitude, the production of sugar, milk, meat, food, vegetables and other products.

Without any doubt, it is easier to organize the circus than to ensure the bread.

On the banners held high no demands to the government will appear, despite the disastrous economic situation and the pitiful salaries and pensions. The “union leaders” will ensure this and many, the dreamers, will believe we are living in the best of worlds and enjoy the best of governments. Perhaps the authorities also believe it, as they are accustomed to the enjoyment of absolute power for more than 56 years.

However, we all know how they work and how participation in these mass mobilizations is ensured. We don’t forget that they also existed in the former socialist countries, led by the former Soviet Union and how, at a democratic stroke, they disappeared.

The reality, palpable every day on the street, in the workplaces and schools and homes, reflects the complete opposite. The unbelievers are increasingly more, and it is not only the young people who speak, whose objective is to study so as to take off at the first opportunity or to participate in some mission abroad, to get some cash and improve their economic situation and that of their families or just to leave; but also adults and the elderly, convinced that they were shortchanged of their lives, demanding from them present sacrifices and hardships with the promise of a better future, which dissipated between slogans and speeches, rallies and mass parades.