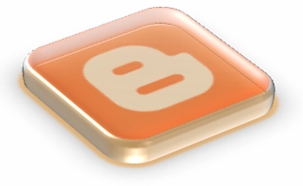 Last night I dreamt that a “national emergency congress” got all the government leaders together on a common task: eliminating subversive letters from the keyboards of all the computers in power over the Cuban population. The idea had been proposed by a “base panel”, which appeared when the bicycle on which it was traveling fell in the pronounced depth of a pothole and lost control, rolled with it down the rest of the pavement converted into dust, earth, and gravel … and it thought that it wouldn’t have lost its stability from not having even existed.

So it figured out that going the wrong way the authorities could avoid problems, criticisms and worries: if empty spaces were to exist in place of some letters, the infamies that some write about Cuba couldn’t proliferate and have receptive listeners at the international level. While the sweaty body dried itself off by the pedaling of the sandy dogfish that were burning their skin and their clothing with the intention of continuing in the same direction, they also thought: “Perhaps they’ll give me whatever a motorcycle might be for the difficulties I’ll save the leaders of our party and then I won’t arrive so wiped out at home”.

It was thus he revealed his genius in a labor meeting; but nobody thought his plan worth anything, he then took the “grand idea” (idiot) to one of the Union of Young Communists and from there, he traveled by the straight and fast dust course of censorship to the offices of the Central Committee. The plan was presented by a youth director who alleged that “some despicable Cubans” dared to speak and write badly of the government in spite of their magnanimity which permitted us to have computers. I was debating myself trying to intervene “from on high” — an altitude from which God could grant us the magic of dreams — to avoid a similar absurdity installing itself in our society or worse, legislating itself with such erroneous pretexts.

I spoke and spoke and nobody was listening to me. I tried to hold on to Rafa, my husband, who was clashing in a Quixotic chronicle with the oppressor’s bureaucrats, but in his place I grabbed only emptiness. My movements slowed and my voice turned slower and more serious than normal: I didn’t understand how I demanded at the top of my lungs that they weren’t going to take the ‘B’ key of ‘blogger’. I mixed myself with green air and melted myself with the nothingness as my startled eyes opened to discover the faint light of my nightlight. I got up agile but drowsy to go to the corner where I usually write my works. I had to glance at my accomplice work tool to check that it still had its keyboard intact. On seeing it I loosed such a snort of relief that it lifted papers off the table and took a little dust from the familiar old laptop.

Imagine in one dream such nonsense!