On February 10 the Havana International Book Fair began in the La Cabaña fortress, extended to March 6 in the capital’s bookshops and in the provincial centers of books and literature, which sold more than 2,000 titles of publishers from Cuba and abroad, among them the Bicentennial Alba collection with a score of works from Latin America and the Caribbean, on the occasion of 200th anniversary of its independence and the 220th anniversary of the Haitian Revolution (1791).

The 20th edition of the fair is dedicated, also, to Jaime Zaruski and Fernando Martínez Heredia, National Award winners for Literature and Social Sciences, respectively.

Our publishers still have not released the names of the major works and authors presented, but there is talk of writers such as the Nicaraguan Rubén Darío (Gruesome Tales), the Dominican Juan Bosch (The Caribbean, imperial Border), the Ecuadorian Edna Iturralde (Simon Was His Name), the winners of essay contests, Casa de las Americas, “Carpentier”, etc . — the essential Jose Marti, José Lezama Lima and the aforementioned Martinez and J. Heredia Zaruski, as well as works that emphasize the historical and social issues from the perception of power at the expense of those writing at the margin of the canons inside or outside the island.

Organized by the Cuban Book Institute and others attached to the Government and the Communist Party, such as the House of Books, UNEAC, the Casa de las Americas and the Office of the Historian of Havana, the Fair circulates titles representing the variety of genres of literature both universal and Cuban, prepared by Arte y Literatura, Letras Cubanas, Ediciones Unión, Ciencias Sociales, Editora Política, the provincial book centers, the Publications Office of the State Council and texts of specialized flora fauna or science, and publishing collections of Andalusia and regions of Spain and Europe each year setting up their booths at the fair at La Cabaña.

By being dedicated to Latin America and the Caribbean for the Bicentenary of independence, they increased the genres of essay, biography and testimony, primarily on Haiti and Venezuela, whose government is financing many of the books on the market, almost all on the Bolivarian revolution, a recurring theme on the capital’s bookshelves for the last give years.

Notably absent are the Cuban authors who went into exile or created their work in the diaspora, such as the narrators Lino Novas Calvo, Guillermo Cabrera Infante, Reinaldo Arenas or Guillermo Rosales; the poets Gastón Baquero, Heberto Padilla and Raul Rivero; the playwright José Triana; the essayists Jorge Manach Carlos A. Montaner and Rafael Rojas; the biographer Carlos Marquez Sterling biographer and the historians Levi Marrero, Mario Moreno Fraginals.

The catalog of exclusions includes dozens of artists who went to the United States, Mexico, Spain or Germany in recent decades. Names such as Joseph A. Conte, Eliseo Alberto, Jorge A. Aguilera, Wendy Guerra, Emilio Ichikawa, Néstor Díaz de Villegas, Amir Valle and a long list that obviously also includes writers who remain in Cuba, among them dozens of reporters and bloggers who assume freedom of expression and denounce the arbitrariness of power.

Although the books transcend the time of purchase, the new offerings from the Havana Fair are marked by the burden of censorship, the abundance of volumes that attempt to legitimize the dictatorship and the absence of authors demonized by the curators of the culture office. Among the latter we cite Vaclav Havel with “the power of the powerless”, in whose work and referring to the dissent he states they “are a force that defies the order and puts it in danger ….” We finish with those permanently absent from our stands, the visionary George Orwell, with his 1984 and Animal Farm, not to mention the forbidden biographies of Lenin, Stalin or Fidel Castro. 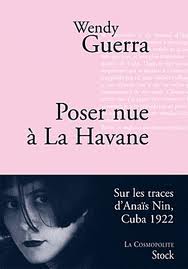 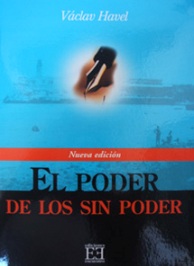