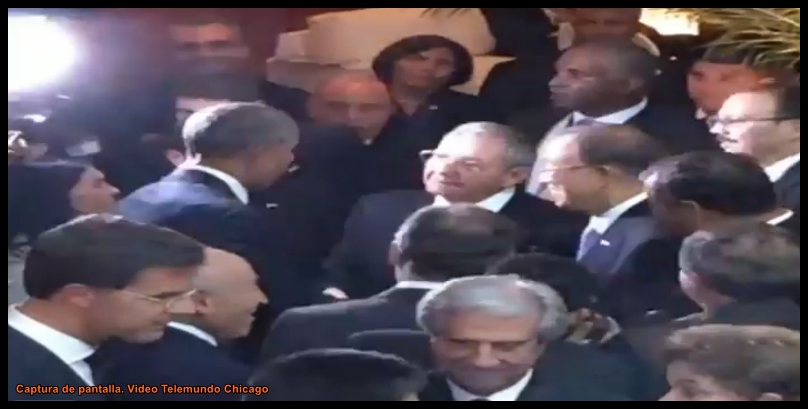 Angel Santiesteban-Prats, Unidad de Guardafronteras Prison, Havana, April 10, 2015 — President Obama is surrounded by Castros. In front he has the old wolf Raul, taking his turn as tyrant. To his left is Raul’s grandson and chief bodyguard. To his right, just behind Ban Ki Moon, is Raul’s son Alexander, wearing his faux-angelic expression, because he was suddenly promoted from colonel to brigadier general, and directs the black hand of State Security.

Raul Castro appears not to understand anything that Obama is saying. Alejandro displays a look of delight, of orgasm, of dreaming of reaching power with the approval of the Americans. When in a change of plans Obama shows up alone, the grandson clumsily shields his diminutive grandfather, and in his officiousness almost knocks Foreign Minister Bruno Rodriguez to the floor.

I don’t think the Castros are off the hook, at least not for the time being, if before they didn’t arrange to put their house in order, to organize the truths and the lies, to present, in the matter of human rights, something that relates to the present day.