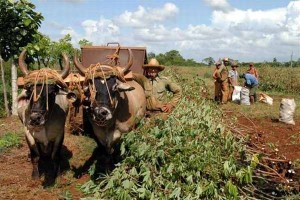 HAVANA, Cuba, November www.cubanet.org – Last year the regime institutionalized non-agricultural cooperatives through Decree-Law No. 305 and its associated rules. There are now more the 56 institutions of this type. In principle, the legal statute is questionable, because it’s a rule dictated by the totalitarian power regardless of existing constitutional provisions .

In Article 20 of the Constitution, there is no contemplation of cooperatives other than voluntary associations of small farmers, which constitutes the only form of privately organized business permitted in Cuba, outside the state.

So, once again, the government violates its own laws and uses its totalitarian power to act according to its own interests. It also uses this chosen method to prevent citizens from association freely, or establishing forms of business that strengthen the role of private property within the national economy. Meanwhile, it avoids the process of constitutional reform and referendum, which could complicate its strategy of power.

By violating the provisions it itself has established, the regime socially and economically assaults the supposed beneficiaries (unemployed workers in the state system), as it states in the law that this new aperture is “experimental.” At the same time, disguising their own statements about these institutions, which are claimed to have “their own legal structure; use and enjoy and dispose of the benefits of their property; cover their expenses with their income and liable for their obligations.” 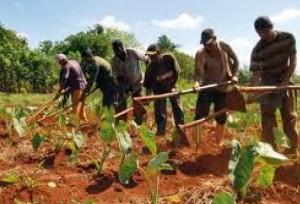 In fact, the legal provision is permeated by authoritarianism, centralization and interference, and oriented to state control of economic life. The regime establishes for cooperatives a set of measures and administrative bans for the interventions of municipal governments, to provide that, for the constitution of each one, the project must be presented to the local organs of People’s Power or the national agencies that govern the activities.

These entities, in turn, must refer the matter to the Standing Commission for Implementation and Development to evaluate and present the proposal to the Council of Ministers at the beginning of the process proposed in the relevant entities. I ask you, will they be free to act as true owners of these new cooperatives?

As a demonstration of the fact that that economic opening in not genuine, it is also provided that: “The cooperatives may not merge, fold, split, or modify themselves without the prior approval of the body, agency or entity authorized its national constitution.”

On December 13, 2012, the General-President emphasized to the National Assembly of Popular Power: “We appreciate that updating of the economic model and with safe passage will begin to delve into broader issues.” Is he referring to the new deception that they are pulling over Cuban society by not allowing the establishment of private corporations?