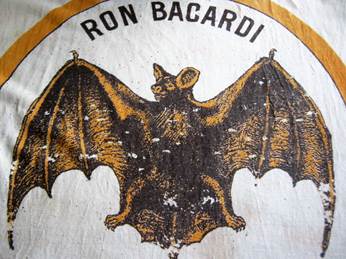 If other types of retailers are included, the list becomes almost endless. This was the case throughout the entire island.

Beginning in 1959 the new authorities changed the names and the brands, and allowed years of resources and serious work by many Cubans to be lost. It was a suicidal commercial policy, replacing established names and brands with absurd numbers and generic names.

So appeared the markets A-14, S-34, M-67, and others; cigarettes were all Popular or Soft; soaps were Nácar; soft drinks and deodorant were Son; cologne, shampoo, and other products were Fiesta.

Gone were the labels and containers that differentiated one brand from another, although they were made in different places. Names and brands to defend or to answer for ceased to exist, losing quality.

This still happens with some products, the most representative example being matches: they are called Chispa, although their producers are different and they are located in different provinces. Many beers, with different brand names, are produced in a factory in Holguín, closing the existing factories in Havana.

With the slow entry into the world market, some names and brands have been rescued and other new ones have been created.

As for commerce, the laurels go to the Historian of the City, who has restored the original names to many business of the historic district, although with some liberties regarding their locations: Cuervo and Sobrinos were in Águila and San Rafael and not in Oficios and Muralla, where they are located now. But hey, not everything can be perfect. The effort should be appreciated.

Hopefully the new private businesses being built on the sites of old shops will imitate him. Maybe this way in Havana and in other places in Cuba the lost historic continuity will be restored.