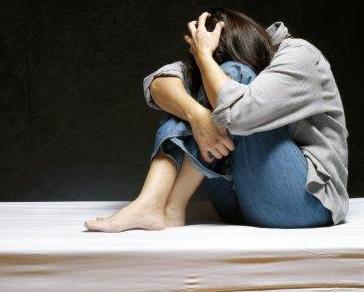 In Cuba it’s normal to breathe in fear and insecurity, but to read between the line of the editorial “Fabricating Excuses” in the newspaper Granma, and the last three paragraphs of the text, terrifies you. It’s easy when you decide not to remain silent any more. It is hard to bear the pressure after 75 dissidents end up in prison for thinking differently. Only one reason: They are mercenaries in the service of the empire.

Later a man dies demanding his rights through a hunger strike. We did what we could, but it was his decision. Another died in a hospital bed after a brutal beating delivered by uniformed National Revolutionary Police. A pretext of my enemies.

Death always makes you reflect. In front of the mirror you tell yourself, “You too are at the mercy of the same power that took the lives of those dissidents. What are you waiting for? What will be your fate? To immolate yourself, flee, or become an undercover agent? What do you prefer?”

It’s not just the fear of being sentenced to a long prison sentence. It’s the risk of dying, whether by indolence, or from the blows of an enraged mob, or the serene and firm fist of an agent from the Ministry of the Interior. And as if that weren’t enough, the only national newspaper brings to light your criminal record.

At the least they turn you into a criminal when you’re not there to defend yourself. While there’s little you can do in life. Blogger, independent journalist, human rights activist, political opponent or simply a dissident, it doesn’t matter what you do while you’re in the street, but if you speak they will defame you as a mercenary.

Who can protect you? If the State orders, and covers up for, the members of its repressive organs to kill it is precisely in the name of the Revolution of their olive green Party. Afterward everyone calmly says that your death is a pretext to launch a dispute with the United States.

To whom can you appeal to demand justice? To the courts that receive their instructions from the Council of State? A political body that is directed by the leaders of the only political party on the island. The same ones who, by way of their newspaper, publicly threaten those who don’t share the ideology.

Sometimes I dream of living in a country that protects its citizens ahead of ideological parameters, but it seems impossible and will be so as long as the Communist Party supplants and directs the State like a puppet.

Then my other self wonders, is it worth it? I think of my brothers, my son, and those I know whom I love and admire, my answer wastes no time in my brain. It’s not about me, but about the climate of insecurity and uncertainty in which we live. My fate and my misfortune are the same as that faced by all Cubans within this island.