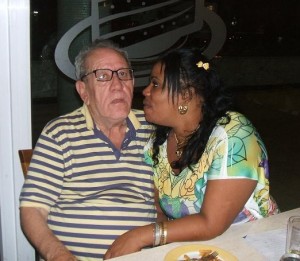 Havana, Cuba.  November, www.cubanet/org — The prostitutes of Havana never inspire as much pity as when we see them accompanied by those mummies of European and US Stalinism who today constitute their VIP clientele.  Really you have to have a heart of stone not only to go to bed with such a stinky and gassy old fogy but even to barely endure his proximity.

As soon as they disembark on the Island, without shaking off the dust of the road, these old gentlemen feed their spirit going to the Plaza de la Revolution and the Che sanctuary in Santa Clara.  Then, invariably, it is time for dessert.  So they get naked in Obispo Street in Havana, around Central Park or on La Rampa, in pursuit of our little hookers, the last flashes of the beacon of America. 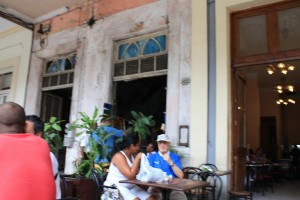 “What a waste, buddy,” exclaim the gentlemen from around here on seeing them bargaining, while the women whisper, teasingly, and the oldest ones are scandalized at “the turns life has taken here.”  But they continue on their way, business as usual, confident, it seems, that they have left respectability in safekeeping, beyond the sea, along with their ancient wives.

If it were possible to take into account decency or common sense when dealing with this wildlife, you would have to ask why, at least, they do not attempt to take the prostitutes to some place apart, where they would be waiting for them without the need to expose themselves so boldly to absurdity and ridicule.  But that’s not how they are.  It is obvious that they have resolved to enjoy as God commands their last revolutionary orgy, now that only the devil knows the sacrifice that it cost to organize it, gathering for years the remnants of their salaries as retirees. 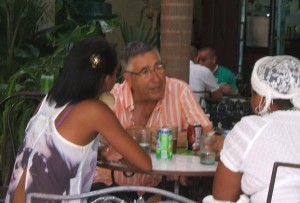 What a pity that there are no statistics that reflect how many casualties the worldwide revolution has suffered as a consequence of the heart attacks provoked by these encounters between the mummy veterans and our mud blossoms of the Fidelist legacy. In any case, they would say they’d died for socialism, if they managed to say anything, before shutting their trap, in the end, forever.

“Old age is an incurable disease,” Terentius warned us.  But it may be that he was not right, at least in this situation.  I believe that my grandmother was more accurate, and did not agree that people lose shame as they age because now nothing matters to them.  He who has no shame in old age — she used to say — never had any.