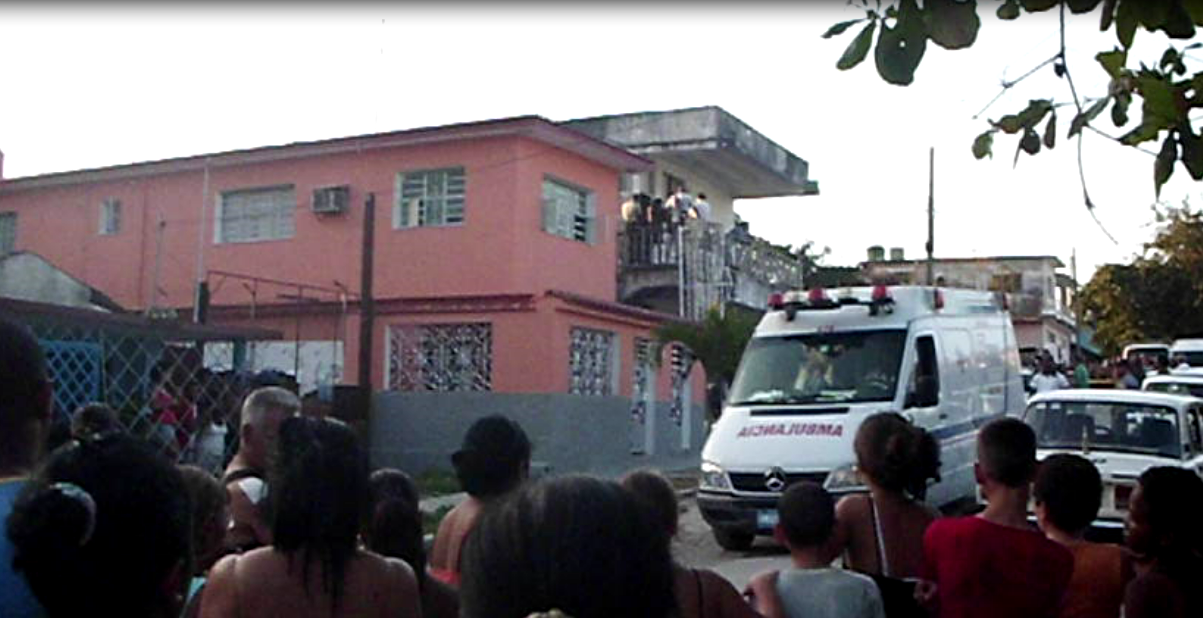 A 23-year-old nurse murdered her two minor children on the afternoon of January 3, in Mantilla, in the capital municipality of Arroyo Naranjo. It all started when the young mother, her hands covered in blood and with marks on her neck, called the police from the nearby pharmacy, according to what this reporter was told by Juan — a spectator who observed the actions of the criminal investigators.

“She said it was the second time she called and the didn’t do anything,” commented Juan, “they said she said on the phone she’d done something very bad,” he added. “Minutes later a police car came and confirmed the murders,” he concluded.

She worked at the Mantilla polyclinic, in a suburban neighborhood with a incidence rate of violence. For two months she had illegally occupied the medical office as a home. A source who preferred not to be name said that the murderer tried to commit suicide when they studied together in junior high school, although she did not remember her name.

The event shocked the community, however, law enforcement authorities do not usually give explanations about the crimes committed in the city or nor does the local media touch these issues. There is speculation in the neighborhood and surrounding neighborhoods about why and how the incident occurred. Some say she beat her children to death, because her partner abandoned her. Afterwards she tried unsuccessfully to commit suicide.

In the streets they said that she suffered from schizophrenia and is currently hospitalized in Mazorra psychiatric hospital in Havana. Others say she had threatened to take the life of the children. The age of the children is also unknown. According to comments they were a girl and a boy between two and six years. The funeral for the children was held in Mauline on January 4.