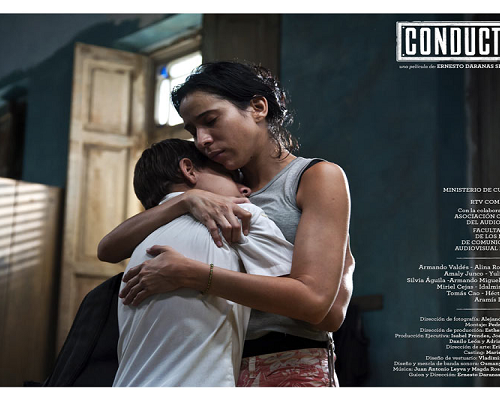 HAVANA, Cuba- I confess that I have some animosity against Cuban fiction film, so prone — with few exceptions — to clichés, stereotypes, overly cryptic messages, implied story morals, or what is perhaps worse, the search for easy and superficial acceptance through humor, catharsis or bad satire. I will not list examples, because there are too many, but anyone who has seen a vernacular film of the last 15 to 20 years knows exactly what I mean. Personally, I hate the delight in trying to provoke laughter at the expense of our own misfortunes, derived largely from the pernicious tendency to exploit mockery in order to avoid deep reflection and collective responsibility for the reality that chokes us.

Only a handful of movies from this period preserve dignity, and most of them do not properly fit the genre of fiction, they are documentaries, such as the masterful and unforgettable Suite Habana (2003), directed by Fernando Pérez, to quote a valid example.

That is why, since the beginning of this cinematic phenomenon called Conduct, with the fanatic public filling theaters and with the general approval of viewers and critics, I decided to go see it, only after a process of self-estrangement, and to not write about it as cinematographic product film — something the critics and a whole host of admiring amateurs have already done — but from the perception of the public’s reaction and what it means.

It is fair to recognize that, in the presence of this movie, it is impossible for a Cuban to put distance between the screen and his emotions. The imagery, the dialogue, the plot and sub-plots, the settings and the conflicts it exposes so crudely, are elements that combine to place before a viewer’s eyes the reality of the lives we share and which we hardly notice, immersed in the necessity of an existence full of shortages and unresolved problems.

The plot consists of a central drama, a child of an alcoholic and substance abusing mother. At the same time he pursues elementary school studies, the child also works tending fighting dogs and raising pigeons, which he sells in order to earn money, thus helping his mother. He simultaneously maintains a close bond with his teacher, an experienced educator and very dedicated to her profession, her main reason for living. The child (Chala) and his teacher (Carmela) are characters of great strength and intensity, perfectly articulated and credible.

Meanwhile, the sub-plots complement the storyline, offering the viewer elements that reinforce human situations and character profiles. Nothing is lacking and nothing is superfluous in this moving film, which the public has embraced with unprecedented warmth. The director, Ernesto Daranas, uncovers the marginality, violence, corruption and neglect of the most financially disadvantaged social classes; the indifference of institutions and officials; the strict mechanisms and prejudices of a system not designed for free people but for obedient herds.

The setting, beautiful despite its squalor, is the beautiful crumbling city, the corners that do not appear in tourist postcards, the neighborhoods where common, lesser people live, without whom we would not recognize Havana; everyone living alongside vices – and many living off them — those vices that the official discourse declared as having been exiled by the revolution over five decades ago.

The script points directly to many of the ills of today’s Cuba: corrupt police, political prisons, the absurdity that a Cuban from the provinces is considered an “illegal” in the capital, the emigration which is draining us. But present in every showing is the apotheosis of a public that applauds with emotion, standing in the darkness of the movie houses when Carmela, the character of the teacher, openly refers to the length of time that this government is in power. That is why Conducta is, more than a film, an event one cannot stop talking about.

The movie seems great and sad at the same time, with the sepia tones of slovenliness and decadence in which we may glimpse, despite it all, kindness, love, human solidarity, tenderness, innocence and hope. And, paradoxically, that same hope is the director’s gift to us at the movie’s end, without resolving the conflicts. Daranas does not pursue the complacency of a glib public, but when he rattles the audience, he compromises awareness. Maybe that explains why Conducta does not have an open, shut, tragic, or happy ending. It’s like a ball being thrown from the screen to the audience, just so we can stop being spectators; a smart and complicit way to remind us that we are all part of the same drama, that it’s up to all of us to construct that inconclusive ending. In that sense, the movie could not have come at a better time.

Too bad that so much empathy, so much complicity and so much fused energy will manifest themselves only in the dark cover of the movie theaters. It’s a shame that the vessel of our proverbial patience is so deep that there isn’t a drop capable of making it run over.

Too bad, too, that the opposition sectors have not found a way to capitalize on people’s empathy and use it creatively in favor of democratic changes. For now, it is expected that this sort of referendum –through projections- may continue to be produced as the first showings of Conducta reach all corners of the country, but beyond values and the undeniable success of the movie, one thing is true: we have too many Chalas but not enough Carmelas.