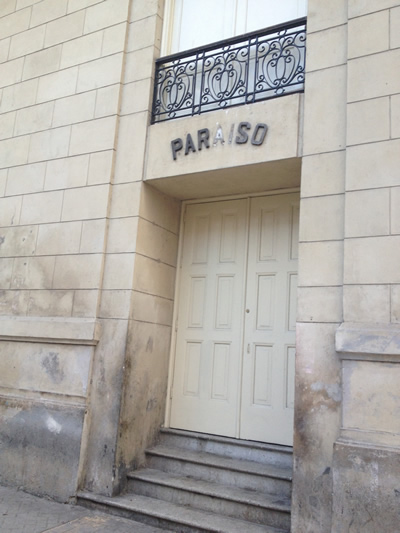 All four sleep in the same bed. Under the mattress there is a pair of suitcases and in the corner of the room a hanger with just a few clothes. Every day they buy pizzas or snacks because they don’t have anything to cook with, no dishes, no spoons. They’ve sold everything, or almost everything. The house, the car from the fifties, and the home appliances they once had. They even got rid of the family vault in the cemetery, the porcelain vases and a post-office box – at the neighborhood post office – which they barely used. They gave their relatives in the countryside everything no one wanted to buy, the used clothes, the faded toys and the old sewing machine. Then they rented the little room where they are now, waiting for this coming Monday when the immigration reform goes into effect.

Like so many Cubans, this couple has waited for years to be able to emigrate with their two minor children. Only when the new flexibilizations go into effect will travel finally be permitted for those under 18. It seems like a trivial detail, but I know many parents who are tied to this land because they can’t leave their children behind. People who have had to choose between living anywhere else on the planet, alone, or staying here, accompanied but frustrated. For decades the only children who managed to travel were those few privileged ones whose parents served on official missions, or – on the contrary – who left “definitively,” with no return. There was no middle ground when it came to children.

So, like eager runners at the starting line, many are waiting for the signal to head toward the airport, their children in tow. Meanwhile, they live in rented rooms and try to change their convertible pesos into a currency that will work abroad. From last October, when Decree-Law 302 was published, this fever to escape has swelled. No sooner was the notice published than digital sites started to fill with classified ads offering houses and other property for sale. Part of the capital to pay for the tickets and start a new life somewhere else is obtained through liquidating assets in the national territory. Getting rid of everything to leave, dismantling oneself to exist. A trend that started with the authorization to buy and sell houses at the end of 2011, but that now has intensified.

Despite various embassies strengthening the requirements to get a visa, we should not underestimate the ingenuity and the thousand and one tricks Cubans can boast of. Including circulating a list of nations that don’t demand a visa from those whose passports bear the shield with a solitary palm. Although, sadly, there are no direct flights to most of these destinations, and so permission is needed from the country where the plane touches down en route. But this is not enough of a reason to discourage those who want to emigrate. They have patiently waited for this moment and no obstacle is going to destroy the illusion. Counting the days, vegetating at half speed, January 14th could be the start of a new life for them. Will they reach it?