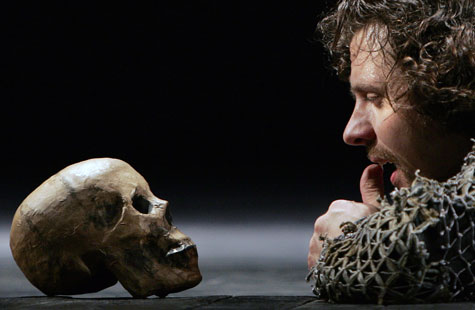 Suddenly I saw myself as the murderer before a possible victim: doubting, considering the possibility, weighing pros and cons. Like an inexperienced criminal warning of his intention to commit the crime, but not quite daring. Perhaps the only thing different in my case was the body of the crime.

I had no intentions of taking the life of anyone, or stealing their money and clothes. I only had a book in my hands, a crisp and provocative book whose price I simply couldn’t afford.

To put it in perspective for the readers: I was sitting on the second floor of a bookstore whose name, out of basic common sense, I prefer to hide. (I wouldn’t like, that in the future, this story would give me the title of a suspect in a place which I want to become my second home).

From my place at the mahogany table, one arm leaning on the railing, I had the privilege of seeing the fascinating panorama of buyers, students with homework half done, soft colors of countless books. I was watching the beautiful painting on the well-lit ceiling with some of the most famous faces in the world of literature: Fitzgerald, Rimbaud, Wilde.

I had arrived a little before two in the afternoon. I’d ordered a cappuccino, set up my laptop — a loan from a kind and adorable soul — on an empty table, and searched the shelves for books in Spanish until I ended up at my seat with six books whose prices, for now, were prohibitive for me. Ten minutes after ten that night, I was still there.

Among hundreds of volumes that in Cuba would have been Utopia, and the free wireless surfing offered every day in that place, the hours flew by, and suddenly I found myself fascinated with one book in particular, a survivor I couldn’t resign myself to returning to its shelf, as I had done with the rest.

“Terrorist” it said on the cover. The author: John Updike. One of the masters of American narrative. Twenty-eight dollars to take it with me. A swallow of gringo coffee, to ease the sadness.

And suddenly with butterflies in my stomach, the subversive thought: “After eight hours here, who watches that I don’t pack it up with the laptop, that I don’t smuggle it out of this bookstore.” Libro — book — and libre — free — in my language they look the same. They should be synonyms. And in my hand, Updike’s novel, unresisting, no complaints.

To put it in perspective for my readers a second time: It’s common practice in the country I come from. It’s a way of life. Steal to survive. Steal to eat, clothe yourself, put shoes on your feet. Steal to brush your teeth, get a ride somewhere. Steal to read, also, and to dream just a little of freedom.

In Cuba, according to the humorous works of Osvaldo Doimeadiós, everyone steals. And without the least guilt, which is really cruel. I’m pointing out the truth: Not from one another, everyone steals from the State, the owner of the newspapers, the grocery stores, the parks and their sparrows. And the bookstores. Everyone steals from this omnipresent owner if the occasion presents itself. And then they have the amazing cheek to boast about it. In Cuba, to ransack the State is a social practice too widespread for something called civic conscience to stop one’s hand.

Why? Why don’t Cubans respect the norms of coexistence, why has helping oneself to the State coffers become a custom as common as salsa dancing and playing baseball? Elemental: When no one can live honestly with what they earn for a month’s work; and when the cause of this situation — the State — is very easy to identify because they own and control everything, to take the hard way what is impossible to achieve in a good way, is an ugly but necessary method of survival.

Immediate consequences: To steal from Big Brother is now an uncensured practice. Uncensured socially, that is. But not legally.

There is a second reason: When citizens don’t feel gratitude for what surrounds them, the result is disrespect. When a Cuban has to spend days in a bus terminal, waiting for some vehicle of mercy to travel to his province, it’s very hard not to destroy the benches, to steal the soap — if there is any — in the bathrooms, to perceive this institution as anything but hostile, an enemy, to feel no gratitude for anything, and to inflict whatever damage is possible on everything within reach.

This explains the ruinous state of so many public institutions, urban transport, filthy hospitals, or movie theaters in my country: The employees steal and loot and destroy, the customers steal and loot and destroy. This also explains the poor misguided people who come to the United States ready to do the same to Uncle Sam, and end up behind bars, suffering terribly, until the documentary filmmaker Estela Bravo rescues them with her compassionate productions.

And this explains, ultimately, that those in Cuban know that man doesn’t live by bread and remittances alone, but needs books like vital oxygen, and doesn’t hesitate to steal them when a distracted librarian or a rude seller leaves the slightest margin to do so.

The assorted local libraries in my country, are children of a permanent state of theft. And believe me, I know what I’m talking about. Let whomever is free of this sin, among Cuban booklovers, cast the first stone.

But what did I do now? Why not just do what instinct told me to do and not leave John Updike’s “Terrorist” on its crowded shelf? The same thing that made me return the novel proudly to where it belonged. The same thing that prevented me from bringing harmful practices to the new society that just admitted me. Read it well: It’s called gratitude.

Gratitude to whom? To a bookstore where I sat for eight hours without anyone asking for my identification, questioning my ideology, or inquiring about what I had come to do. A bookstore where the person who serves me coffee smiles at me, where they hold the door open for me to pass through. Gratitude to this gorgeous place, well lit, where no one questions my sitting in one place, spending barely three dollars, while they offer me free Internet — Good God! Free Internet for a blogger recently arrived from the Island! — without asking me what I am using it for.

And perhaps more fundamentally: Gratitude for a society, that imperfect and deserving of censure it is in other things, allows places like this, private businesses like this, to proliferate for the benefit of their owners and of all citizens.

Three days ago I returned “Terrorist” to the place from which it is sold. It’s not the best novel I will read, I believe, and soon, very soon, I will be able to pay a friendly employee the twenty-eight dollar price of the latest work of this universal master.

Then I found out — sweating bullets — a revealing fact: All the books that aren’t paid for, on passing through the door, activate a security mechanism that floods the room with noise. I don’t remember if after finding out I looked toward heaven, and again showed gratitude. I should have.

But in that second, while returning the novel to its place on the shelf, no one would have understood my secret happiness. No one other than me would have understood the importance of an act like that, where a young man educated in social disrespect just savored the taste of the word civility. The word honesty, in its institutional home.

And don’t doubt it: he knows it very well.