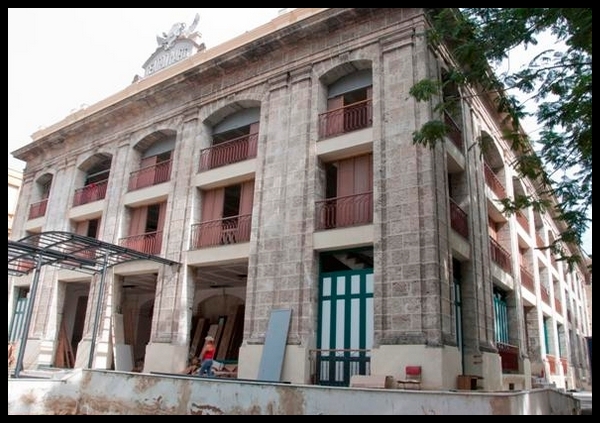 Reopening of the Marti Theater

Since we were kids we dreamed of this space full of magic and history, where a great part of Cuban culture was staged and presented for our enjoyment. Timeless works were presented there: “Cecilia Valdés,” “Amalia Batista,” among others, without forgetting that in this space in 1900 the Constituent Assembly was held, and that a year later Generalissimo Maximo Gomez, surrounded by the great generals, presided over a gala celebrating the victory over Spain and the ultimate decolonization.

For decades we’ve suffered the ruins of that majestic place, in silence imaging the beginning of its functions.

On several occasions I’ve approached it — from outside — penetrating it with my gaze and recreating those sublime figures who represented culture at the height of their era, and those who fought for freeing and shared their lives. The first, learning to be the artists of their time, and joining in the social clamor with a vernacular theater and slapstick comedy, the people saw reflected in those characters their desires. They also recreated society with political satire, that cold irony that made us laugh and think. 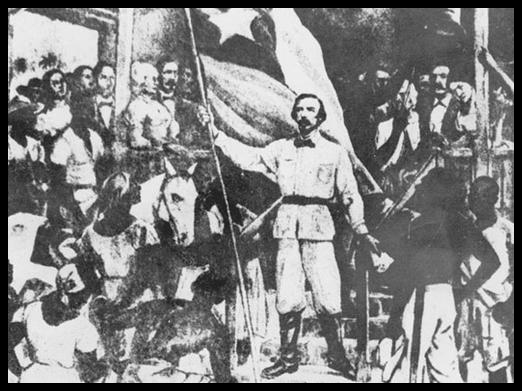 The historian Eusebio Leal Spengler recalled the example of the Father of the Nation and founder of the Cuban nation, Carlos Manuel de Céspedes: “In a few days we will remember his great sacrifice. High above the mountains, in a place called San Lorenzo, he gave his life, laying the foundation, the example and at the same time, the bitter lesson that disunity would only postpone the chances of achieving the great objectives.”

Such immense words for that man who agreed to let go of power knowing how much he had done, and he did it, rather than divide our forces. Quietly and immediately he began to prepare the files to give to his successor, and with his hat over his heart, he received him at the entry of his camp. A great man until the last moment of his life.

Would that Fidel Castro had learned that lesson. Today our country wouldn’t be in ruins, like the Marti Theater has been for decades, our families divided. Nor would we have sacrificed so many brilliant lives, nor would the nation be bleeding from its wounds of political repression.

The difference would be a place won for each person. Carlos Manuel de Céspedes will always be remembered for his sacrifice, putting his country before his personal interests. Fidel Castro and his brother Raul will be remembered for the opposite.