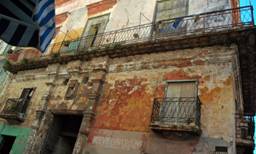 Much has been said lately about the subject, after the most recent address of Raul, where he addressed these social problems that were simply ignored. Now the media constantly make programs dedicated to this social phenomenon, in efforts to improve what they themselves decided to ignore all these years of Revolution, becoming unwitting accomplices and partners.

Television, one of the most important means of dissemination, is precisely the one that has influenced programs and novels, where vulgar language and gestures have been the constant, regardless of the old and well-known phrase of “a picture is worth a thousand words.” This method, therefore, is a massive “fixer” of good and evil.

I remember about twenty years ago, in a famous and popular TV show on Saturdays, led by an elegant and fine presenter. Interviewing the famed Spanish actor Echenove, she asked: “How has your visit to Cuba been?” Echenove, totally uninhibited, replied, “pues me ha ido de pin…“* She blushed, then said “excuse me, but that word is ugly and you shouldn’t say it.” “What?” he argued, “it can’t be, because everyone here says it.” 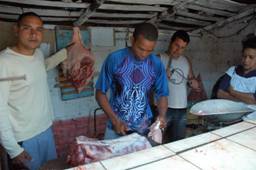 As for promiscuity and poor hygiene habits, our press emphasizes offenses committed by individuals, and closes its eyes to the problems caused by bad management and the continued lack of hygiene in food handling practiced in state facilities. The most representative example is the sale of unrefrigerated pork in the farmers market, not to mention that it is transported without any hygiene in open air  vehicles, even on occasion with workers sitting on the pieces of meat.

They also criticize how and where coffee cups are rinsed, that are sold freshly brewed at the various private and public establishments, as well as the water used to make fruit juices sold, improper handling of certain foods, etc. and, what is never mentioned, is where did they learn all these bad habits reminiscent of the Middle Ages.

Weren’t voluntary work and the schools in the countryside the genesis of all this  promiscuity that also brought so much of this social indiscipline? What were the conditions of those camps and schools so that these situations didn’t occur, mainly due to the lack of clean water and adequate facilities, forcing many students to have to relieve themselves “open air” like animals? Why, then, weren’t adequate provision taken so that this didn’t happen? On the contrary, they were established as standard practice.

On the other hand, they are now also attacking the phenomenon of noise and music at soaring that makes people scream to be heard, and annoys the neighbors, forcing them to listen to what they don’t want to. This also happens in many buses, where in addition to crowding, heat and odors, we must also must stoically endure the deafening sound of music, imposed by the driver or some lazy and rude passenger who doesn’t care about disturbing the other occupants of the vehicle.

“It’s never too late if the reaction is good”, I would say, to paraphrase an old maxim, given the new concern of the media. But what concerns me, extraordinarily, is that we have had to wait nearly half a century, for Raul to talk about it in a speech, to “become aware” of it, and that, as he usually does, he continues to attack the effects without having the courage to denounce the causes and, above all, those who caused these and other social ills.

*Translator’s note: He uses a vulgar phrase [which Rebeca does not spell out in full] meaning, roughly, “it’s all gone to hell,” thinking it means “it’s been fantastic.”