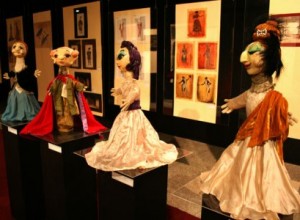 A teacher without much character, I won’t mention her name, who worked in one of the ten elementary schools I attended when my father’s career — he worked as an industrial mechanic — moved our family like circus tumblers all over Cuba, came up with a strategy to maintain calm and discipline among her most restless students. The method was not, indeed, very educational, but it was indisputably effective: with an old broom handle as the backbone, she (or someone) had constructed a rough doll something like a scarecrow. The head was skillfully made with an old paper-mâché ball onto which had been painted a mouth and eyes with watercolors, while an exaggeratedly long protuberance served as the nose in that frowning face. The whole was crowned with an abundance of rope hair, disheveled enough to give the doll a ferocious mien.

This scarecrow, named Mamerto, “lived” in the second grade’s classroom closet and, at least at the beginning of the school year, a single reference to him was enough to subdue the naughtiest of students. The veiled threat was that Mamerto, a really bad guy, was uncomfortable in the narrow closet, so if you misbehaved the punishment would be to take him home to live in your house and to sleep in your bed with you. In those innocent days, when children believed in magic and Santa Claus, no one wanted to be near the terrible presence of Mamerto, much less to share a pillow with him when it came time to sleep. Mamerto had one more curse: obstinate children who earned his antipathy didn’t pass the grade. Yes, in the early sixties we took our studies more seriously, perhaps because subjects, and even entire years were repeated, even in elementary school.

The truth is no one had ever gotten a really good look at Mamerto. All that was required in the lively classroom was for the teacher to invoke his name aloud while opening a chink in the closet door just wide enough to let his tangled hair spill out; the result was a deadly silence in the room with all eyes wide in alarmed expectation. This shared fear was contagious, but also a little incredulous. Deep down, almost all the children sensed that Mamerto was a fraud, particularly the most boisterous and reckless of us, so the teacher was careful never to fully display the bogeyman and always made sure the closet was locked when she left the classroom.

For some of us, however, myself included, the saga of Mamerto had a certain adrenaline-laced charm and inspired a good dose of curiosity. So it was no surprise that one day some of the boldest of my classmates — children have the innate wisdom to join forces in their difficult campaigns — managed to open the closet and discover the true essence of the inanimate and defenseless Mamerto; from that time on, the unfortunate doll became the focus of the antics of the children. He soon appeared propped against some desk in the classroom, leaning against the blackboard, or stripped of his pants, setting off a general hilarity where before there had been fear. Finally the doll became a bore to everyone and was forgotten in his corner of the closet, until one day he disappeared for good. The teacher tried to substitute a cardboard dog and even a stuffed rooster, but in vain. If the whole classroom had vanquished the fear of Mamerto, nothing minor by comparison could take his place.

Somehow, in recent days, certain images appearing in the official press and on TV have called to mind that almost forgotten lesson of Mamerto.

To comment on this article please visit:
Miriam’s Blog: Sin Evasion / Without Evasion