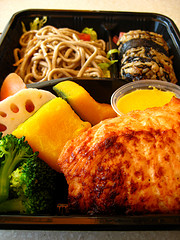 Every day the information is more easily filtered from the closed official archives to those alternative networks where the news networks run without brakes. It escapes in floods–and not only in WikiLeaks–these well kept secrets and jealously guarded data. This avalanche of revelations has us believing that in Cuba we are living in a time of liberalization but not in the experimental style for the Spanish at the end of the seventies.

Ours, rather, is well fed on these previously hidden details of our national history, drawing on passages silenced by the press. One of the most shocking revelations of recent times occurred in January 2010 and was associated with the death–by starvation and cold–of more than thirty patients in the Havana psychiatric hospital. Around 300 photos taken during their autopsies escaped the controls and passed into the hands of citizens, showing the state of deterioration and maltreatment they’d been exposed to in life.

We never knew for sure who took this sequence of images in the Institute of Legal Medicine, nor how, in a few weeks, thousands of citizens viewed those emaciated corpses, with their contusions and neglect. Only after we had entered through forbidden paths, did the television make a brief announcement about the deaths.

A restless camera had also filmed, two years earlier, the discussion between a university student in computer science and the president of the parliament. Mr. Ricardo Alarcon could only reply to the young man’s incisive questions with certain unfortunate phrases, a nervous wringing of the hands, and some slogans.

The resulting video spread like wildfire and that high cheek-boned face, with the firmly stated questions, became a kind of popular leader for daring to say publicly what so many remain silent about. In addition to evidence of social discontent, the spread of those recorded minutes corroborated something very important: the efficacy of the clandestine channels of communication to divulge the forbidden. And we saw an effective way to jump over the censorship.

After that incident, the flood of information intensified, the network to spontaneously spread the news strengthened, and state monopoly on information seemed to yield before the force of citizens. So that our liberalization didn’t come, as in the Spanish case, in the form of bikinis or risqué films, but it has arrive in the little bellies of USB flash memories and in the thin surfaces of CDs and DVDs.

The latest example of the inability to keep something far from prying eyes has been the publication of the Fidel Castro’s macrobiotic diet. Designed and supervised by a leading institution specializing in nutrition, the select menu passed to the public arena in all its details.
The list includes everything from seaweed brought from Japan to brown rice harvested with zero pesticides or fertilizers. In a country where the greatest question people ask every day is “what will I eat today?” this discovery came as a bucket of cold water.

Beyond the outrageous cost of such an exclusive diet, what has most upset those in on the Island is that such excesses are committed under the mask of discourse or militant austerity and discipline. On the other hand, it has unleashed a veritable witch hunt, on the part of those in charge of information security at the scientific center, to determine those responsible for the leak of the Maximum Leader’s menu. Analyzing what happened is like watching a bag full of water begin to be punctured by small holes, until it is entirely emptied.

The leaks can destroy a system that has relied too long on secrecy. The Palace whispers can no longer be contained, the corruption scandals, the ousted officials, all pass within hours to the public realm. It is not as if 11 million Cubans believe that the Commander in Chief eats the same that each of them receive on the ration market quota, but the enormous difference between what is on their plates and that of another has left them bewildered.

In a country strangled by the financial crisis, the dual currency and low productivity, docking a ship laden with macrobiotic products arriving from Italy, in order to keep one man alive, leads to a lot of talk. It’s like a leap into the abyss, as most Cubans have no idea what organic farming, pesticide-free vegetables, much less first press olive oil are. The schizophrenic duality between what is said from the dais and what happens behind the doors of senior officials is overwhelming.

It is also a relief, however, to know that nothing remains hidden behind the curtains, and that we will not have to wait decades for the declassification of the what is hidden today. Each day the time gap between what happens and when we learn about it is shorter, every week that passes it is harder to hide information.

Perhaps right now a white-bearded old man is lifting a spoon of natural couscous to his mouth, taking as well a small portion of delicately-flavored sushi. He thinks he is alone but an eager crowd looks on. Each ounce that he lifts to his mouth is known in advance, every detail he has hidden in the past will also be known.